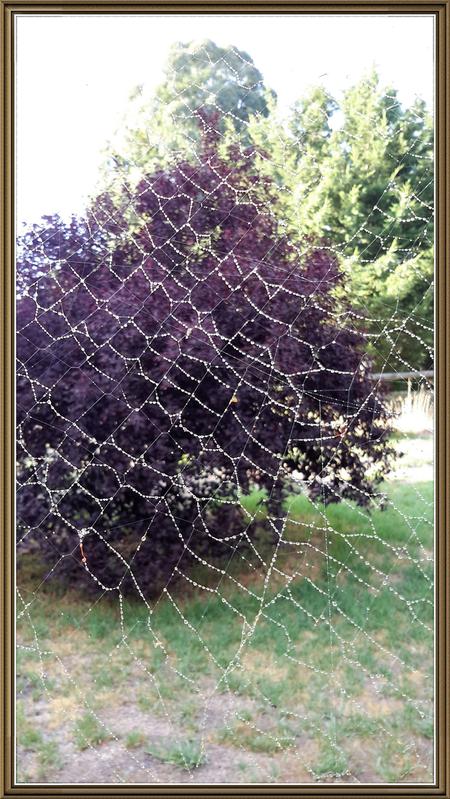 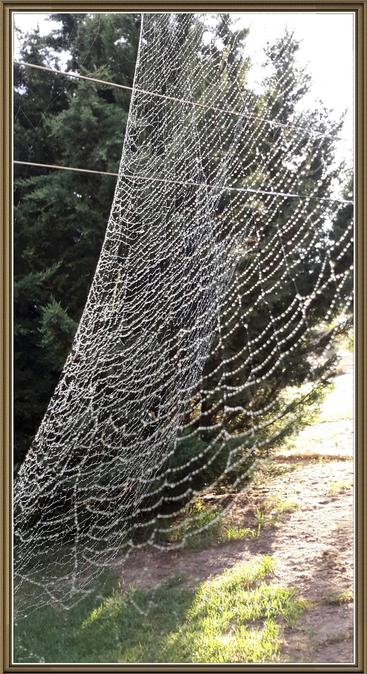 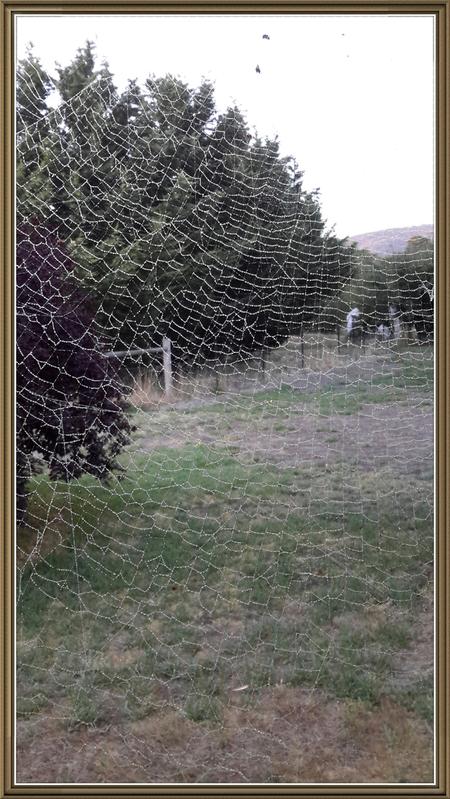 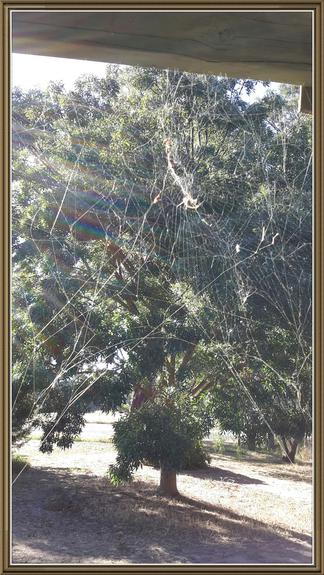 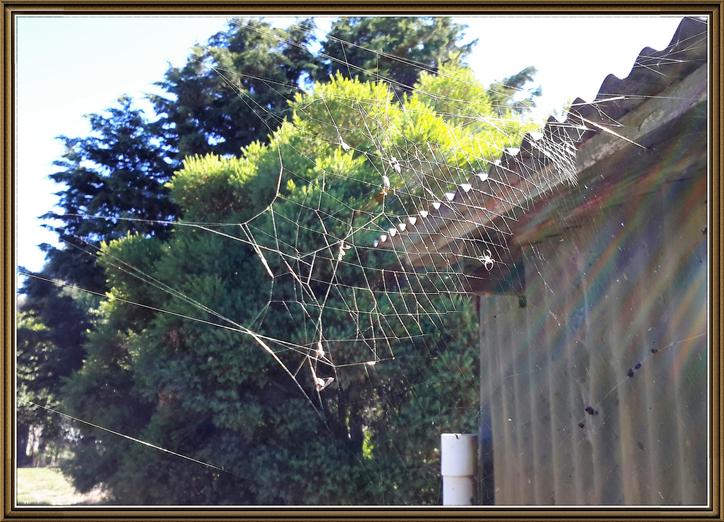 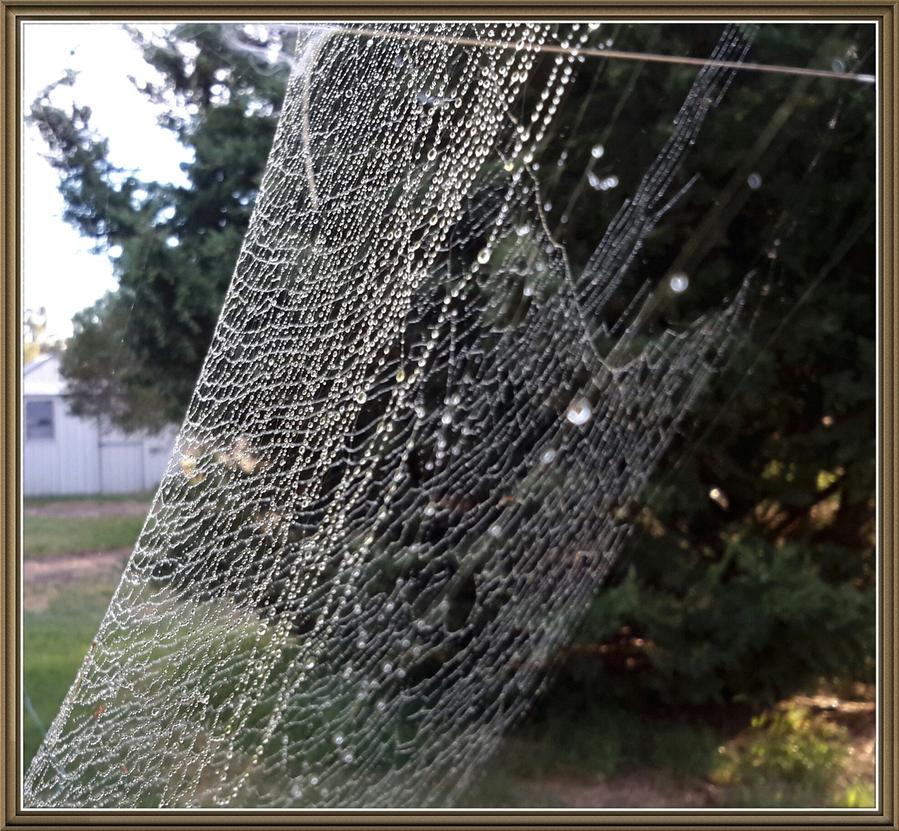 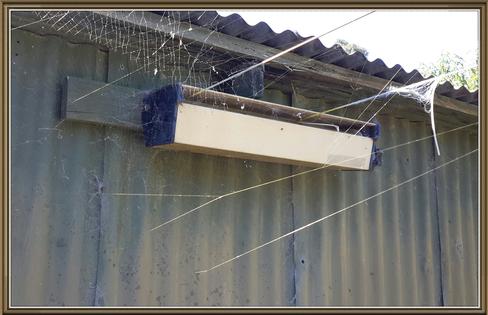 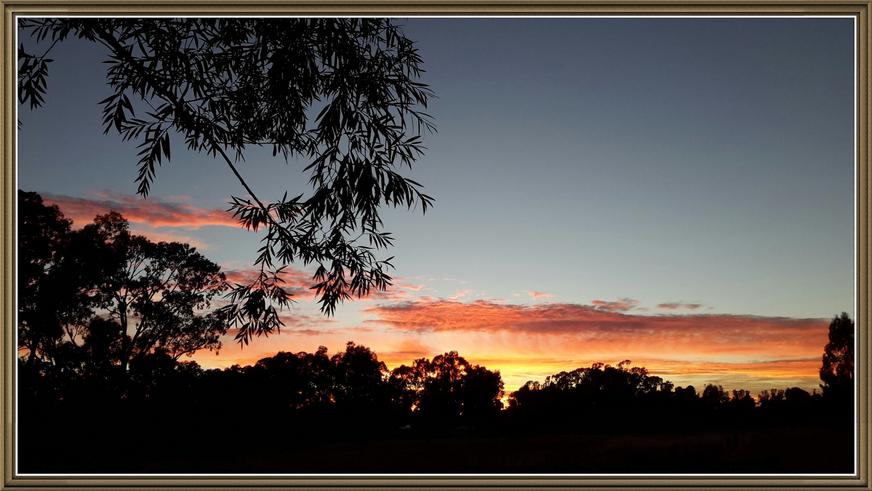 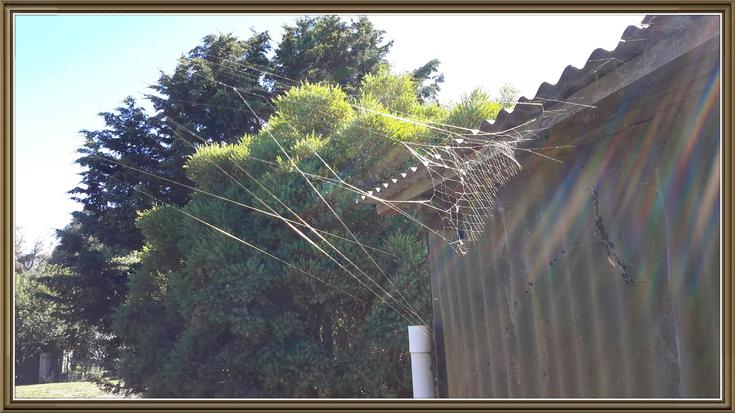 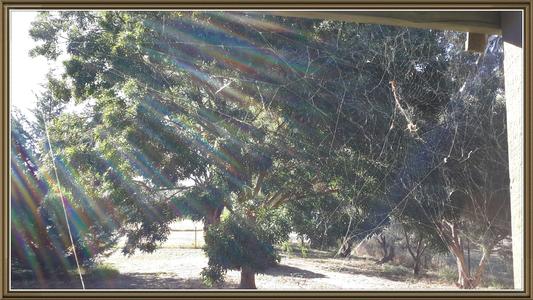 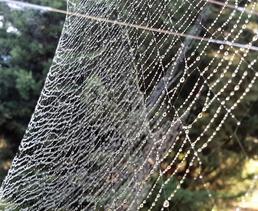 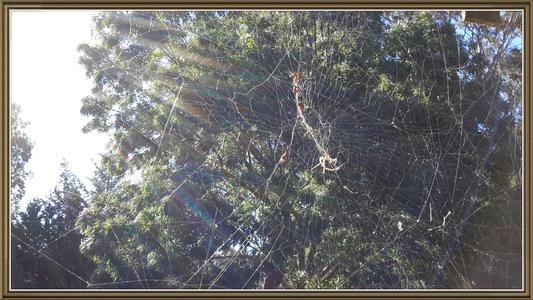 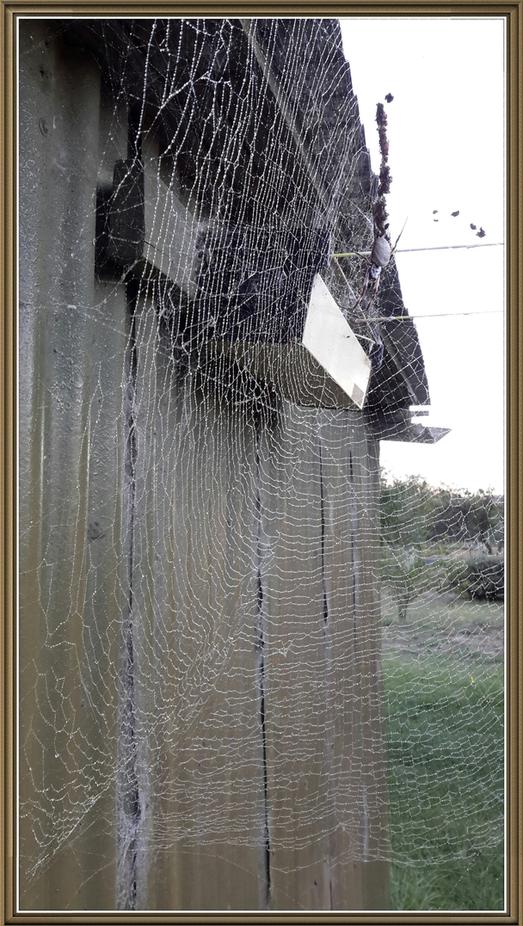 My head just caught the bottom strong strand of the web on the left.  Thankfully, I did not actually tangle up in all the other ones.   On the first early morning, this is all I could see.   However, the next morning, I caught a glimpse of the lower part of the web, just a glimpse of it.  So I could see it better, I got my spray bottle and sprayed water on it.  The more I sprayed, the more amazed I became.   This web is HUGE.   The little spider you can see is the male spider of this web.  Tiny compared to the female.

It was not easy to photograph as it was close to the shed wall, so I spent a lot of time trying to get a full picture.   The one below is probably the best, but it still doesn't show it all.  You can see the spider in it, but I did not try to get it.

This actually took two early mornings before I realised what you see here.   I looked out of my window to see a sunrise, so out I went with my tablet and took a few pictures.   I had to climb over the fence to get the one with the water and reflection.  As I was wandering around, I walked under my clothes line and horror of horrors, I almost got tangled up in a spider's web.   Thankfully I didn't, but you know the feeling.   But first the sunrise. 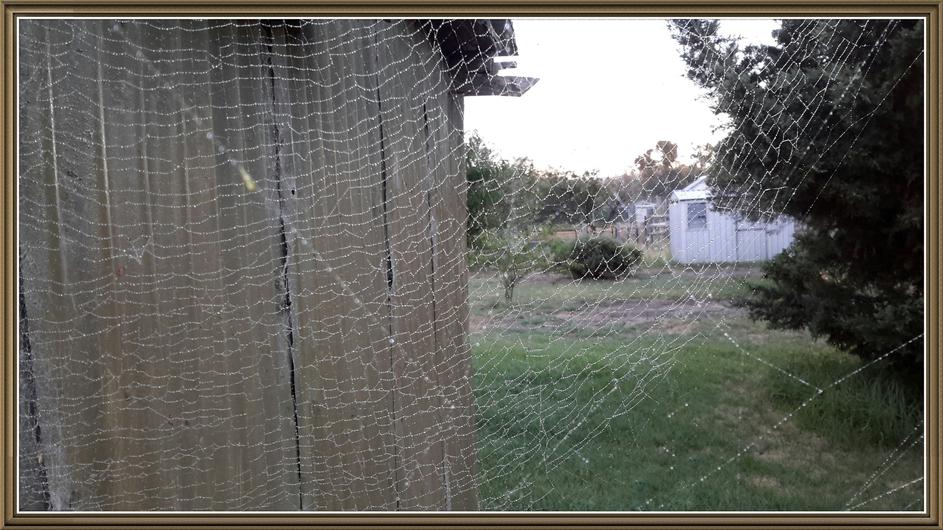 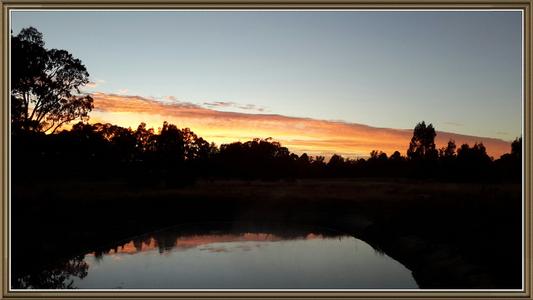 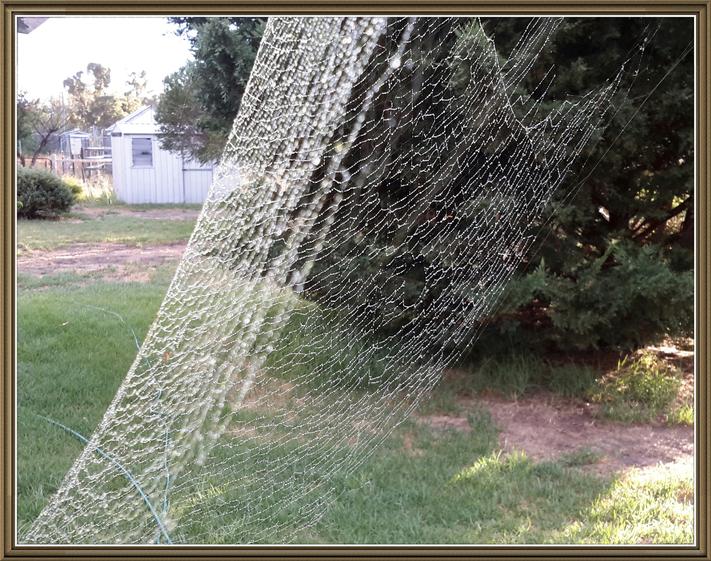 This is where my clothes' line begins. There are only two cords now, as the magpies have taken two of them, bit by bit for their nests.  You can see threads hanging on one of these as well. 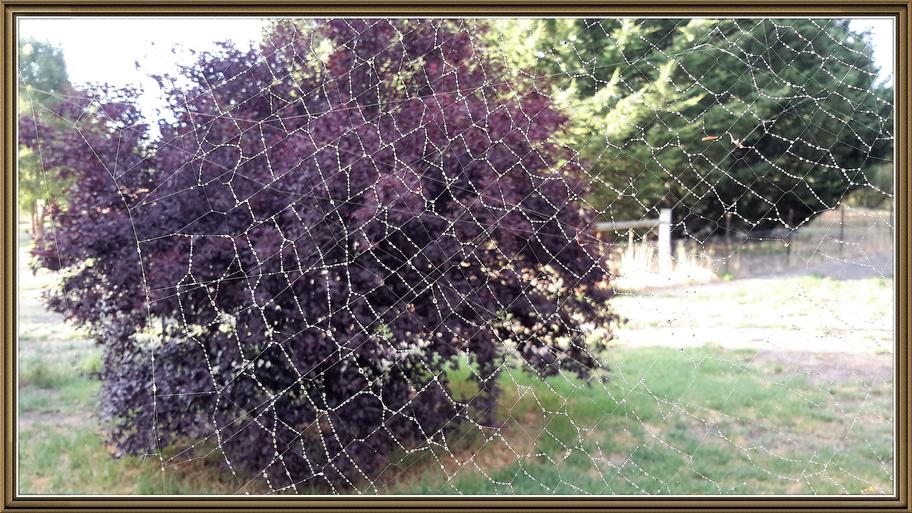 I have found out that this is the Golden Orbweaver spider. Not poisonous thankfully.  Below is another one of the same type of spider, but it has been abandoned. 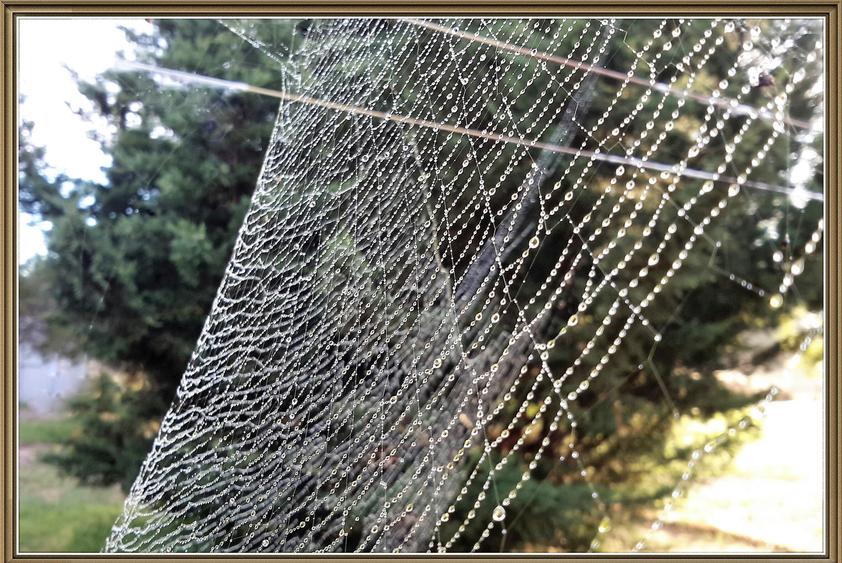 It was an interesting experience.  Thankfully the spider did not annoy me. 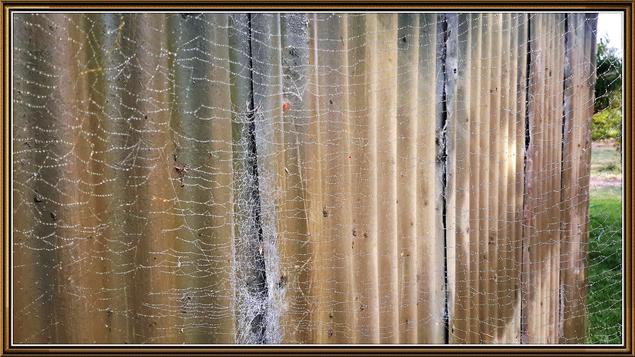 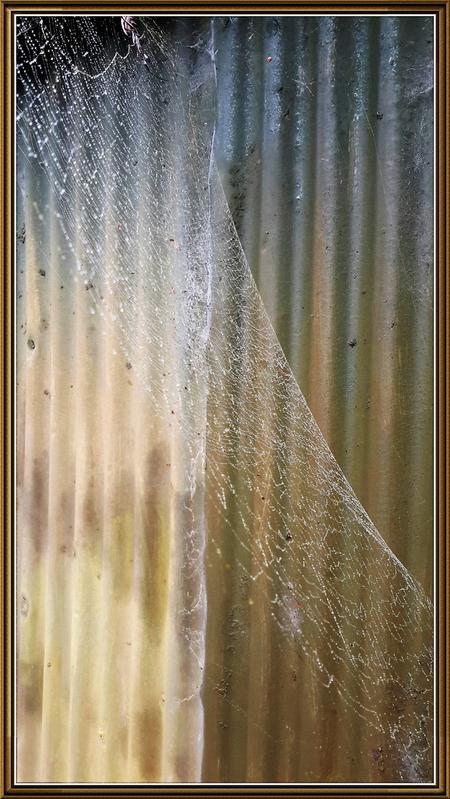 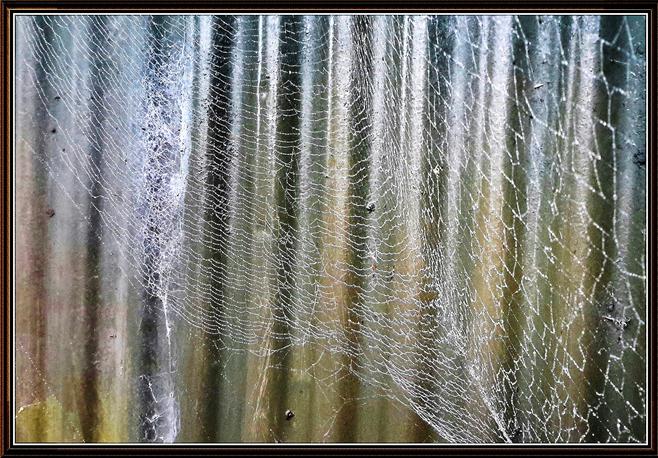 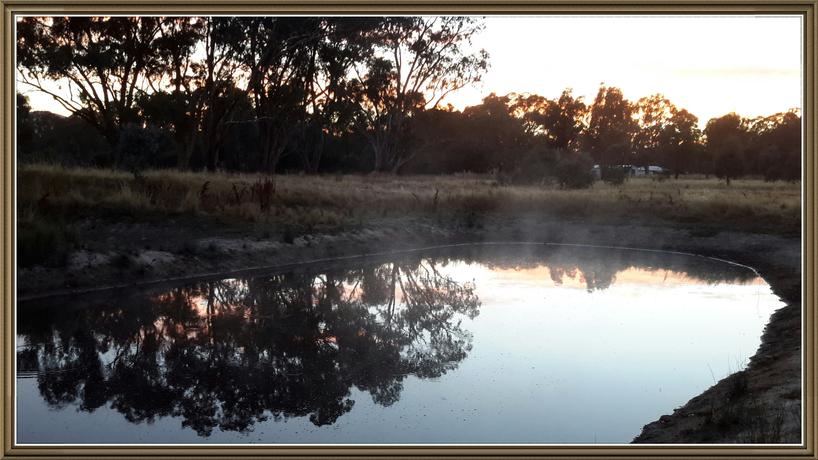 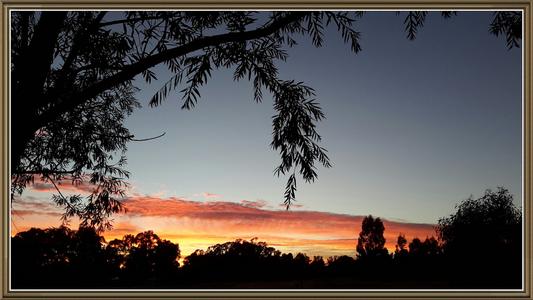