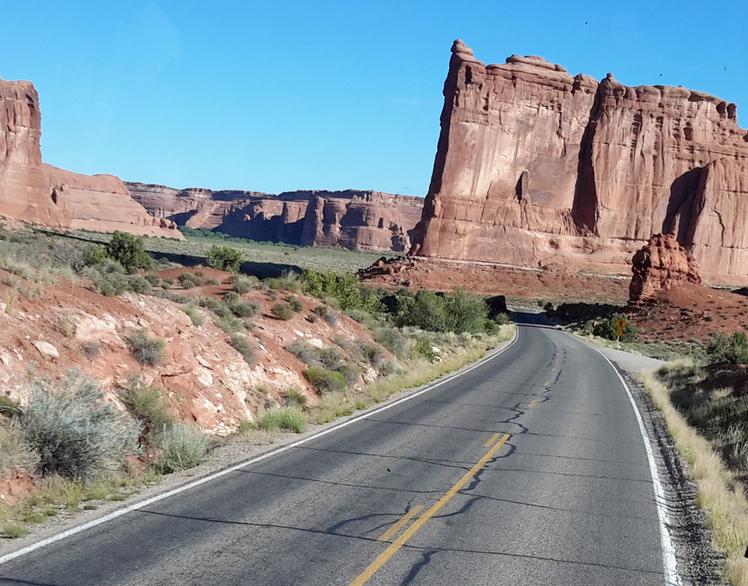 Below is Delicate Arch.  It is a mile away, at least from here it is a mile to walk to it.   All on the bus only went this far, but one man decided he would walk the mile. Unfortunately, he did not tell anyone and so he was missing when the bus wanted to leave.  We assumed he had made the walk.   The tour direction was angry and decided not to wait for him, but go to the next point. She was going to advise the ranger.  Anyway, the man realised the bus had gone, so he caught a ride on another tour bus to the next sight and found us. 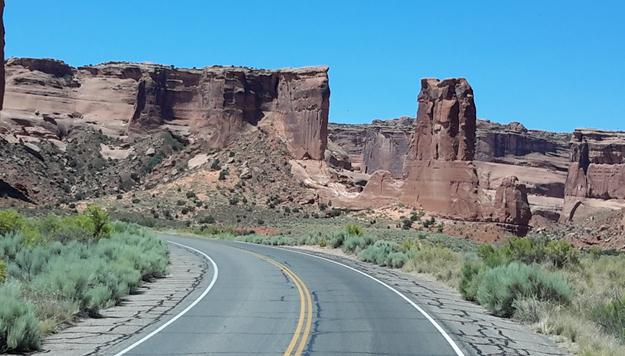 You can see that the road goes quite a distance from it, and not underneath. 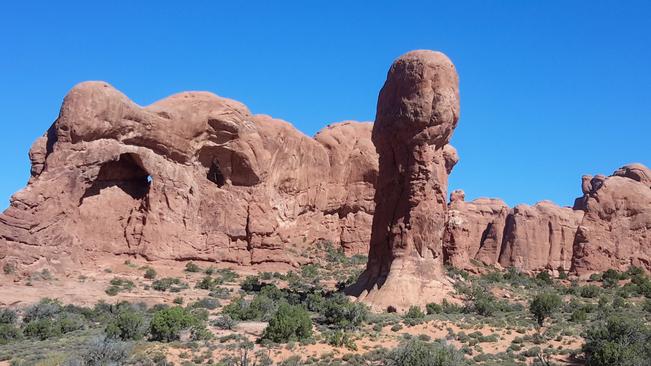 Now, I want to look at the one below again and compare it with other pictures.  You would have seen it before in Roads, if you have been there. 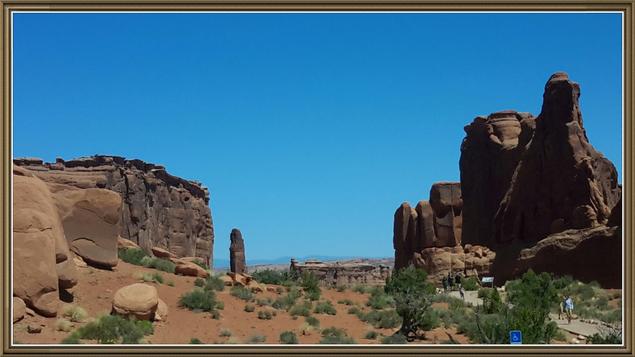 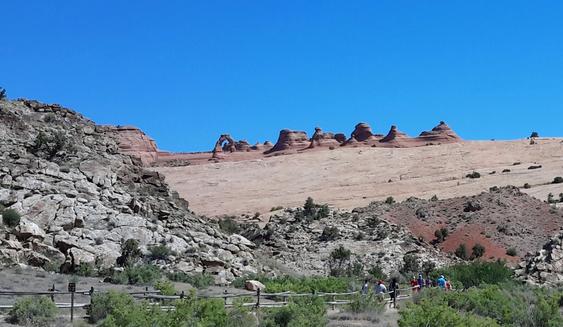 I thought this might be the same one with a gap for cars, but it is clearly too high and the road doesn't go that close.  Although the shape looks the same, the top is a bit different. 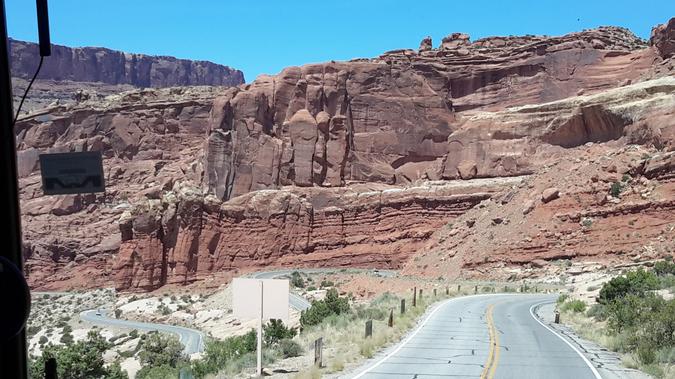 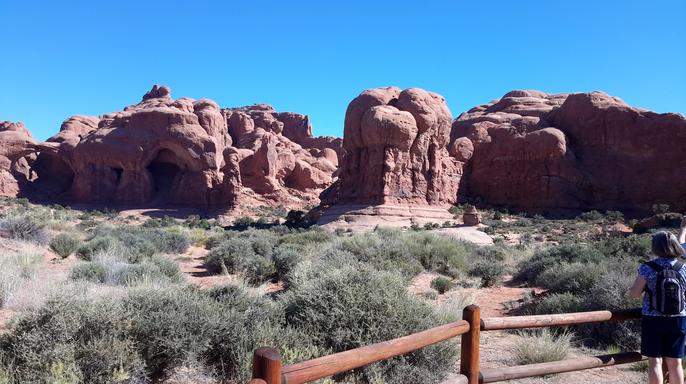 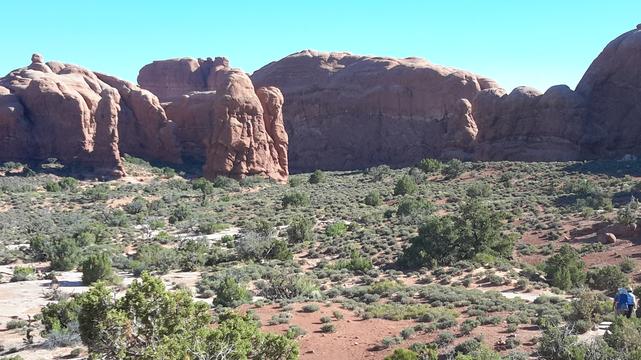 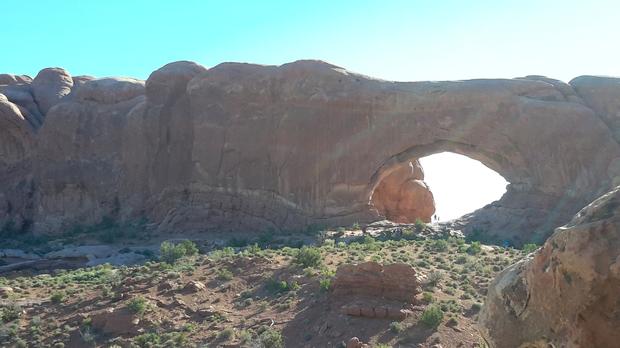 This is the impressive entrance to Arches National Park 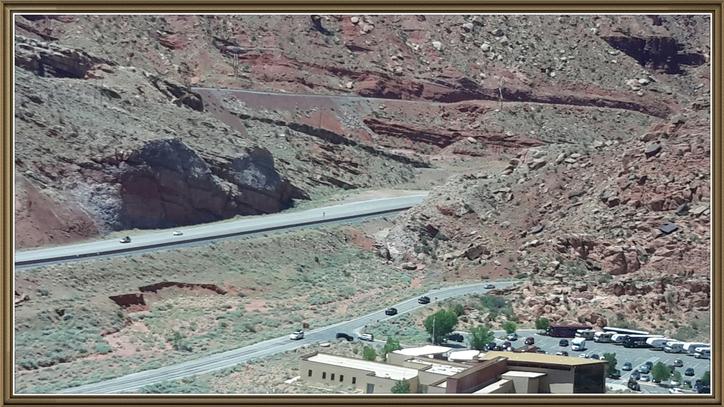 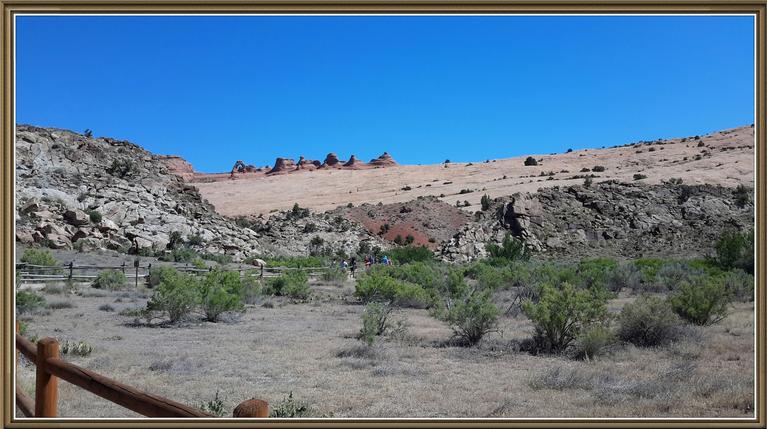 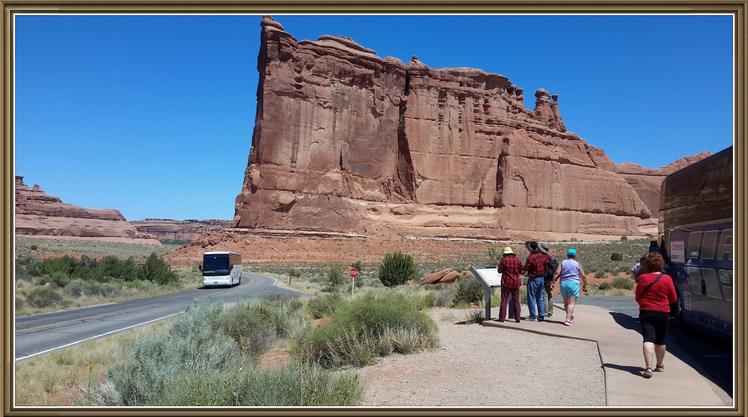 A few of us walked across to this arch.

If you have an explanation, I would love to hear it.   If not, we will just have to accept that it is a genuine optical illusion.

The road definitely does not go underneath it. 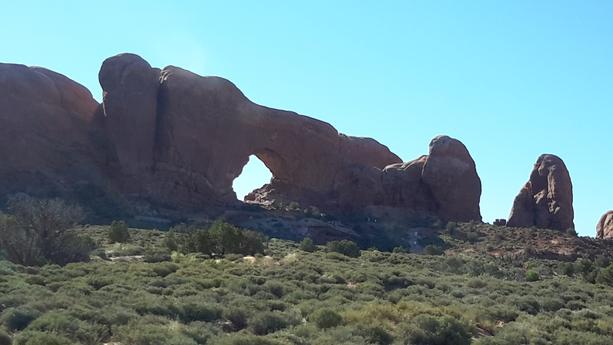 This is the first place we got off the bus.  We walked across this terrain to the arch below.  It was very hot, but as it was early in the morning, it was not as hot as it was in the afternoon, about 103F. 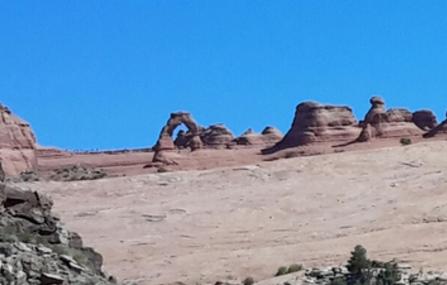 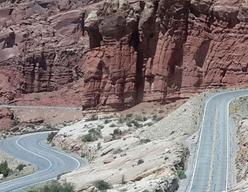 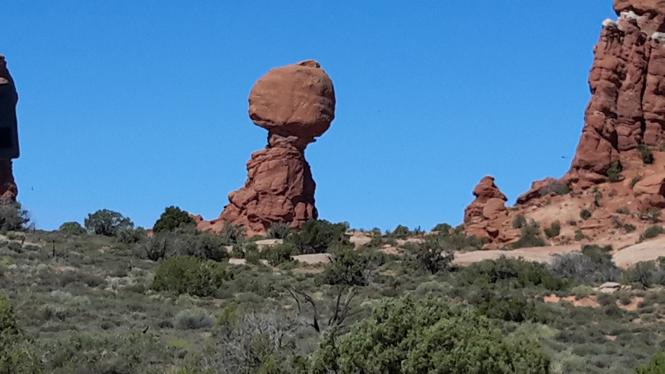 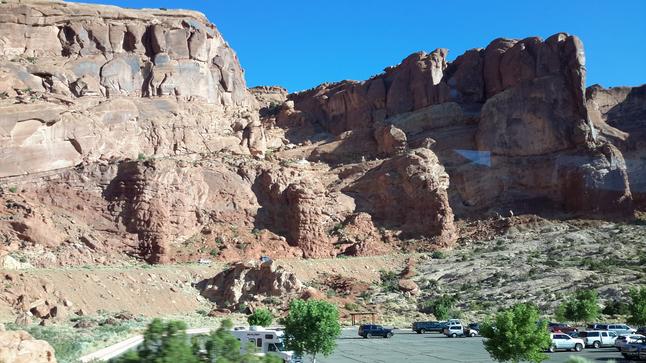 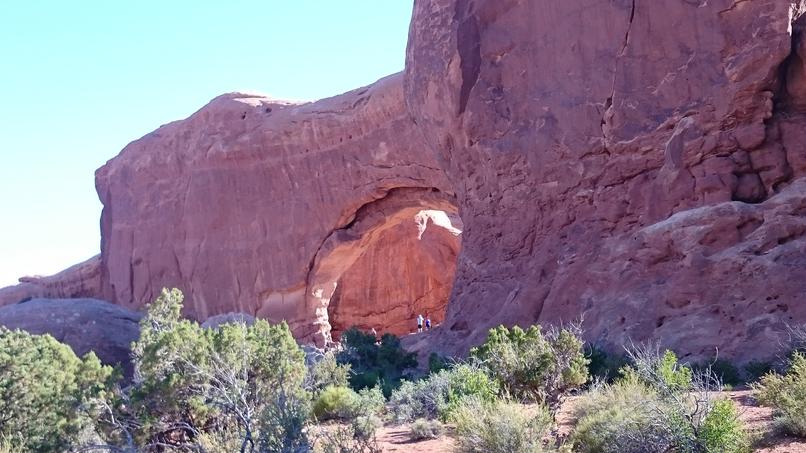 Below is a rock group deep in conversation. 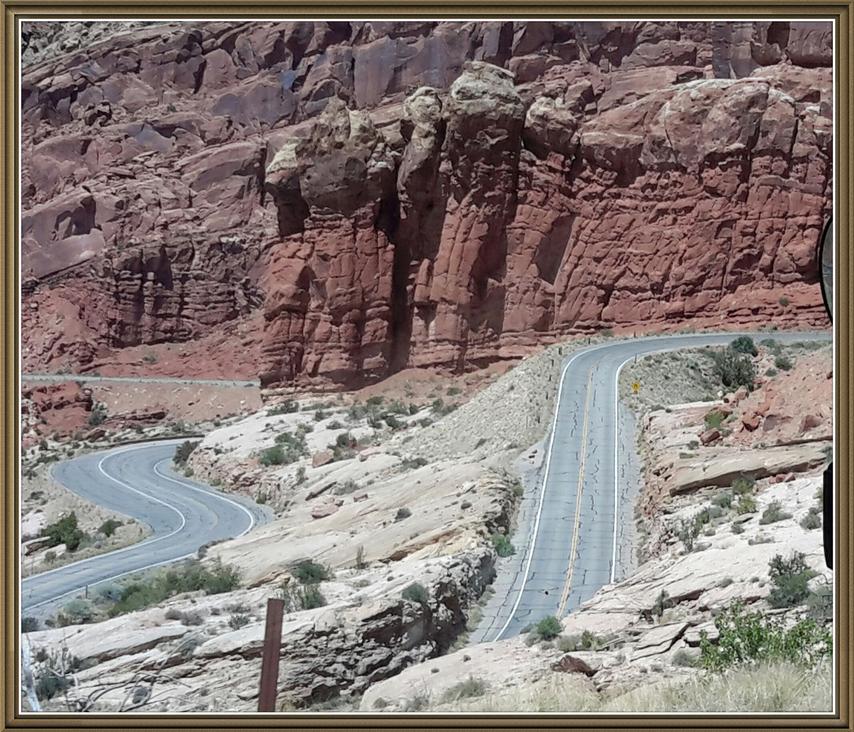 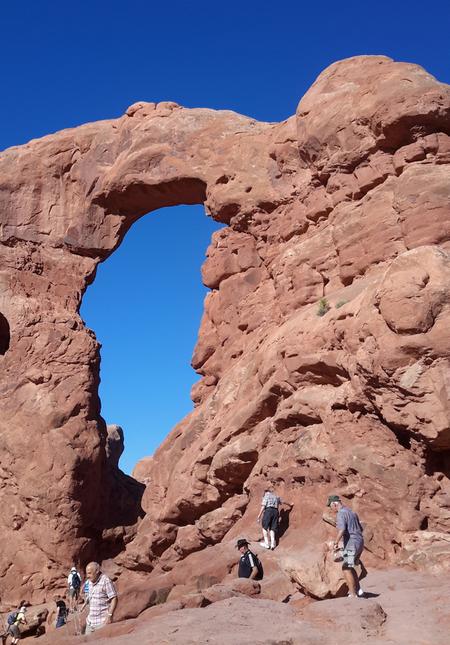 Below are scenes along the way.

Just in case you did not see it. 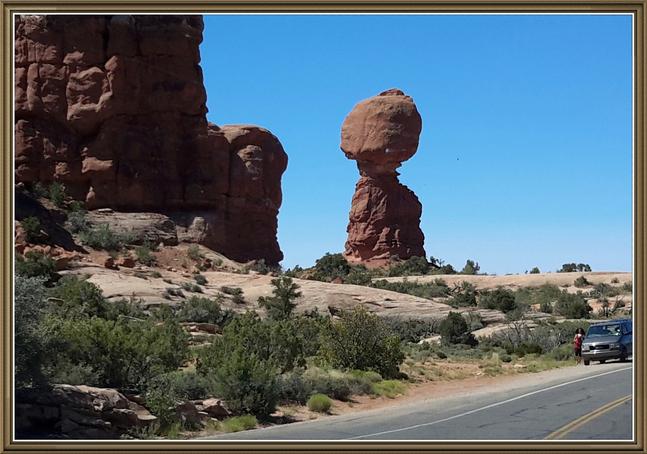 Some had the energy to clamber on the arch. 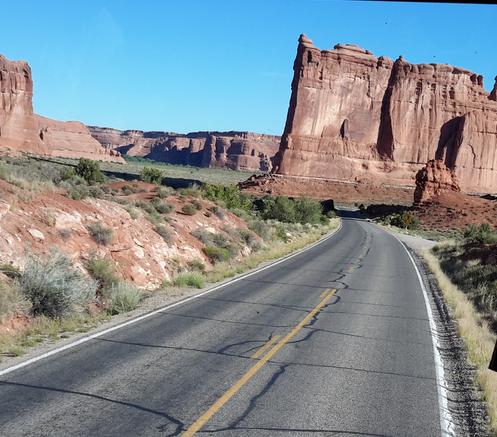 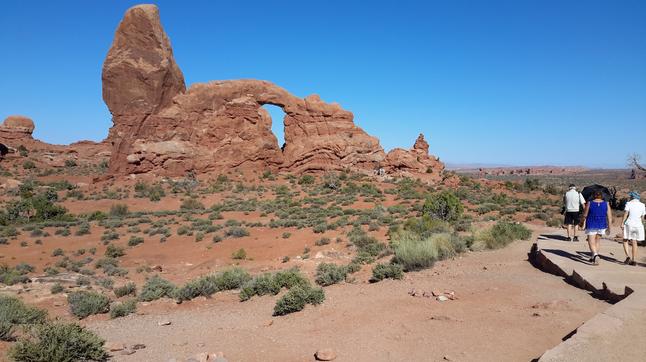 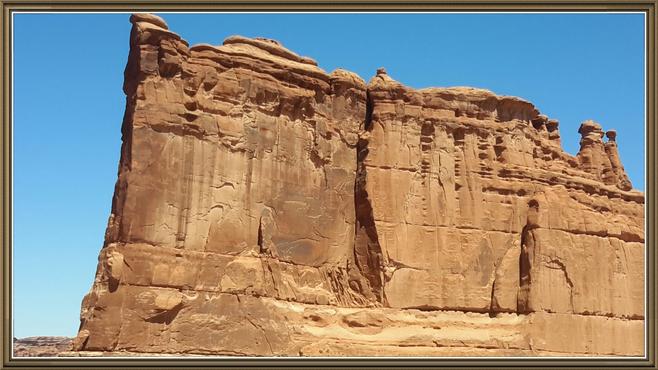 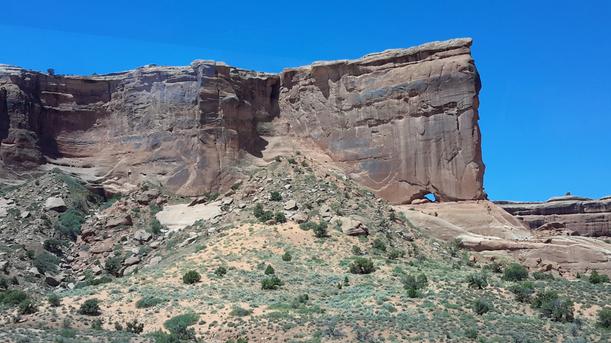 The sun caught it just at the right angle. 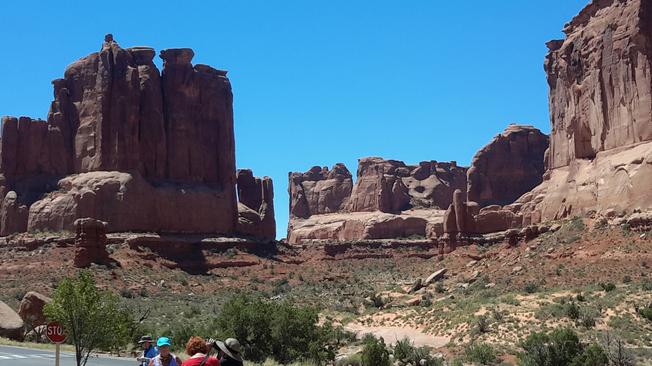 This is our next stop, but I did not have enough energy left to walk to the rocks. 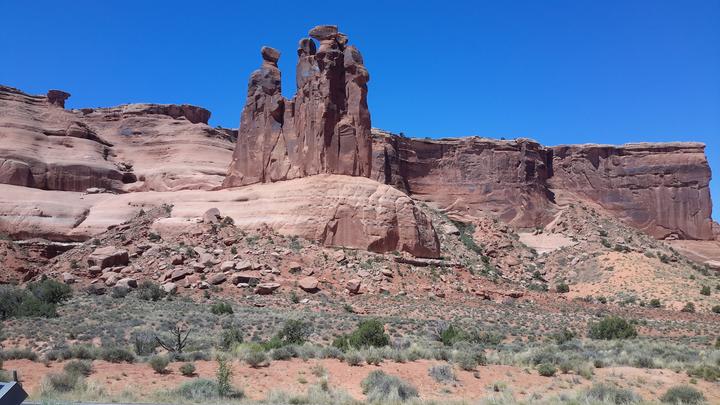 If you doubted it, here is the road, and it is not underneath it.

Take a final look at the picture, and be amazed.