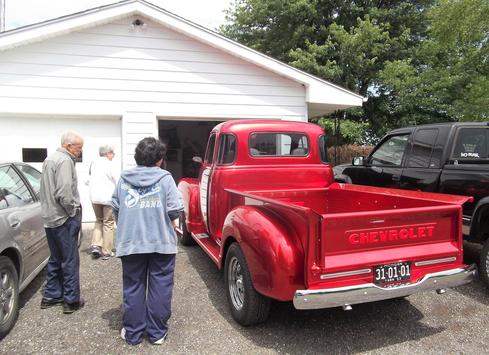 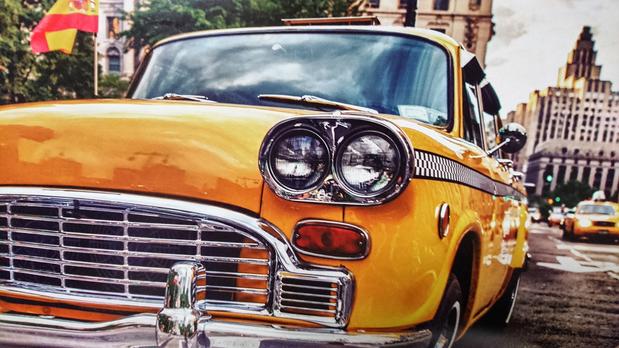 The Fairlane below was also in Michigan at a Swap Meet. 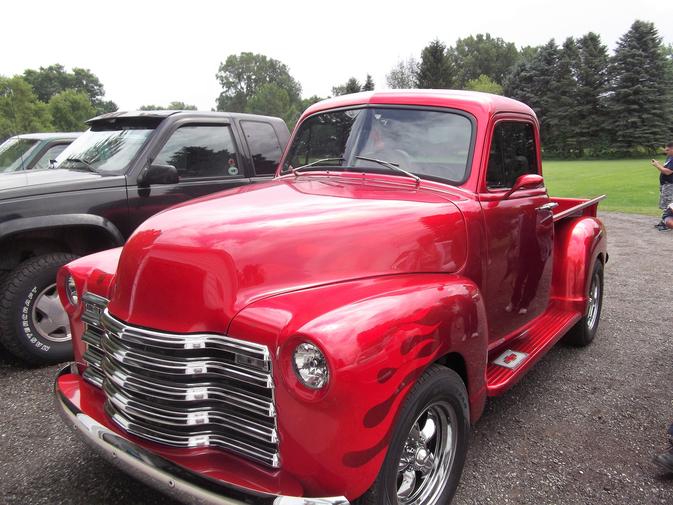 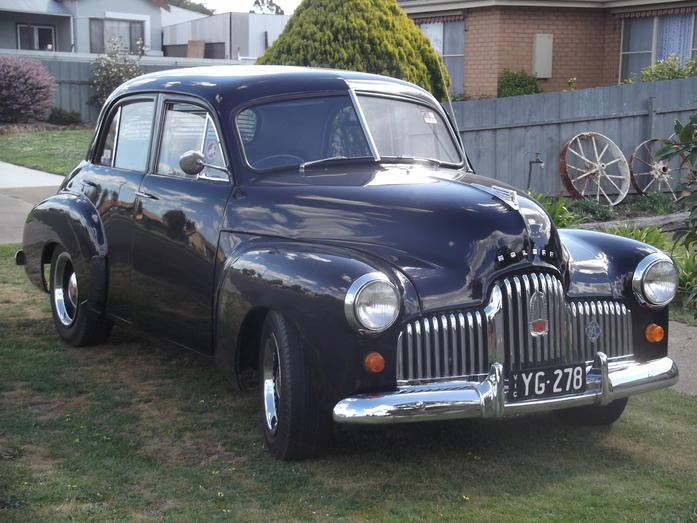 I didn't take the pictures of these cars; they were on a calendar.

This is one I saw at Philip Island, although I did not take this picture.   It was such a great car, with its red duco and white interior. 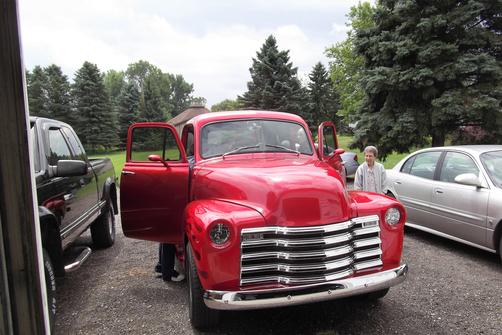 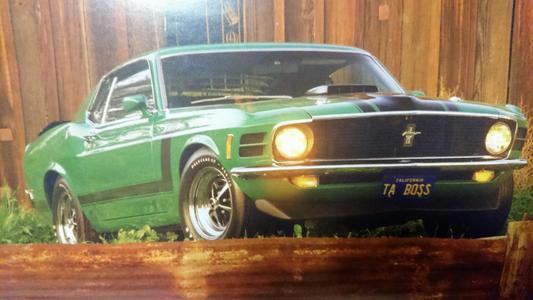 I don't know if there are any guys looking at this site, but just in case. This is the pride and joy of an older man.   It might look ordinary to you if you are not Australian, but this is the first General Motors Holden Australian car.  This one is in A1 condition and the man is very proud of it. 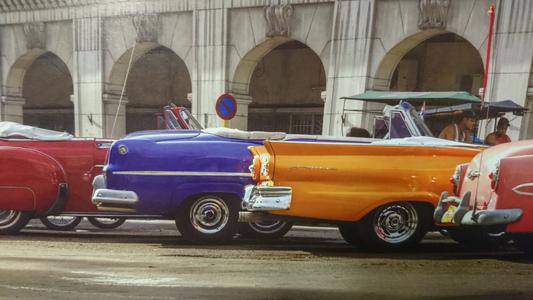 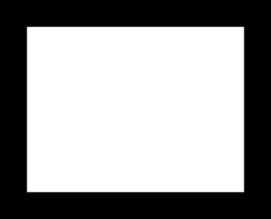 I am sure you can guess my favourite cars by now.   I am very disappointed that the photos I took in 2010 of a rally of American cars have disappeared.   I had them saved with Google, but they are gone.  I will keep looking, but I fear the worst.   It was a rally at Philip Island, my favourite place in Australia, and I just happened to be there for a camp.  I took lots of pictures of Chevs, Buicks, Crystlers, Dodges and others.  ​ 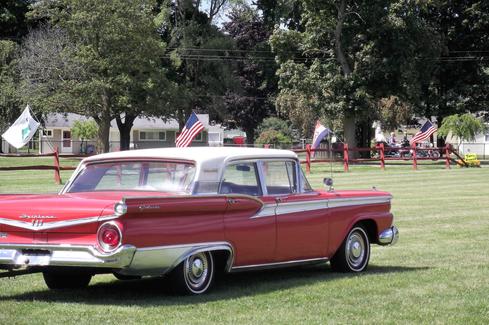 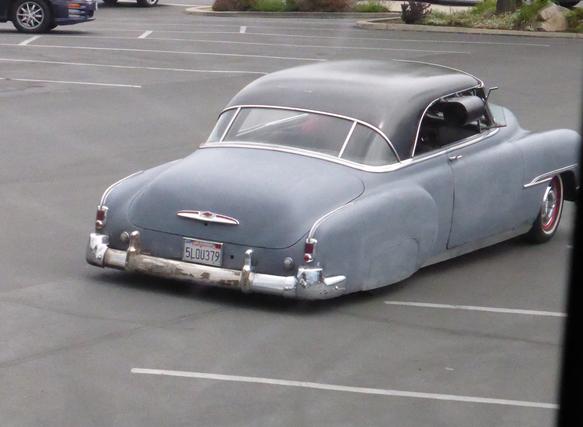 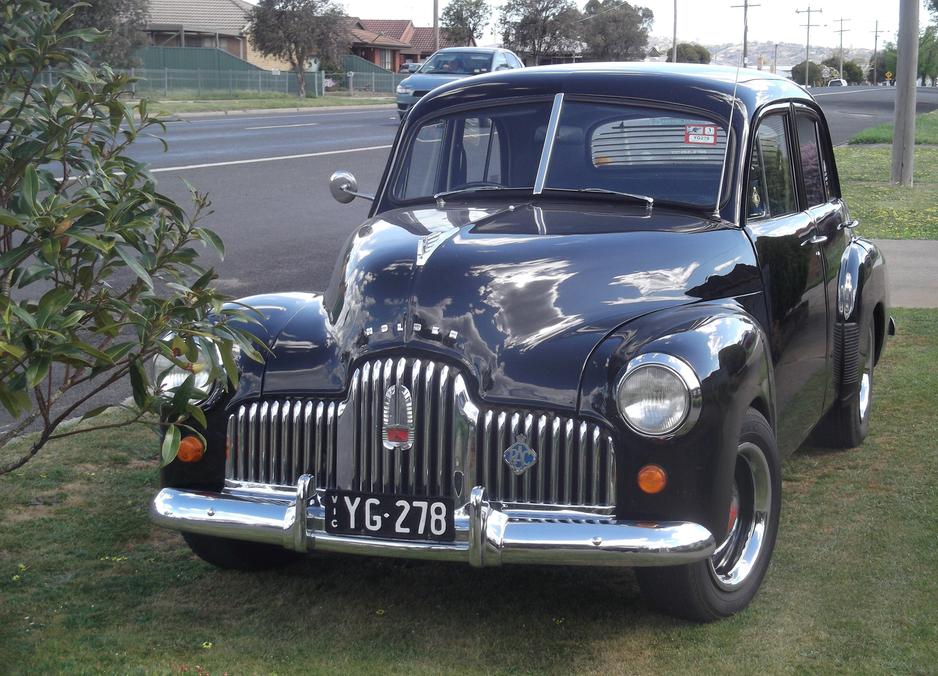 I remember when in the States in 1962, big cars were all there were.  We passed an advertising sign that said, 'YOU ARE PROBABLY FOLLOWING A CHEV', and it was usually true.   I miss those big cars.   You rarely see them in America.  I was watching out for them. Occasionally I see them in Australia, but it is rare, and belonging to other enthusiasts. 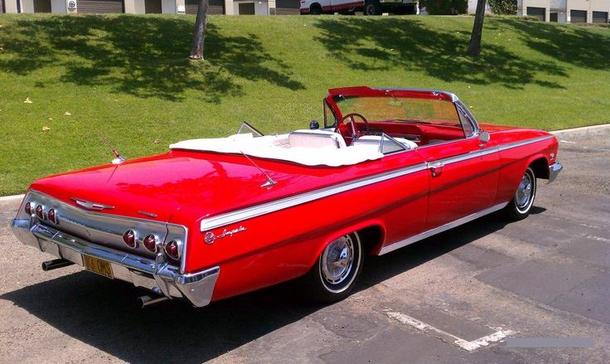 This pickup truck was the pride and joy of people I visited with friends in Michigan.  Everyone had to inspect it closely inside and out.

I snapped this car in an Arizona car park, as it was rather old and not something you see every day.