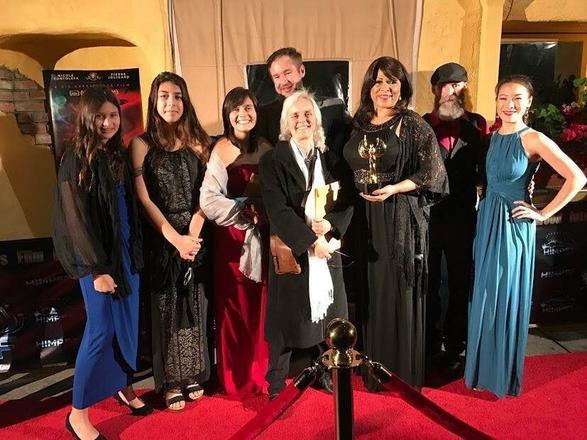 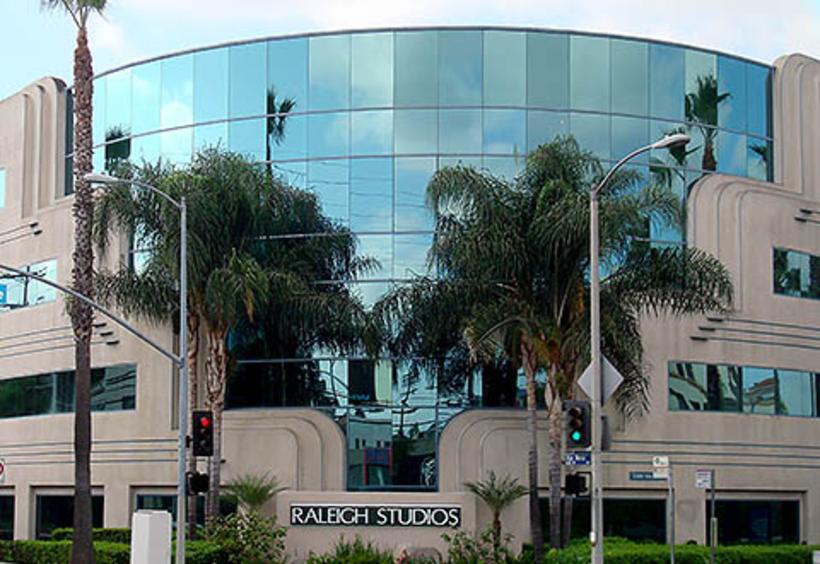 ​Posing after receiving their rewards --- 'We Promised' two awards - (drama -- best pictures and woman filmmakers - the trophy is for best pictures, the rest received certificates); The Great Controversy Ended' one award - promotional trailer; 'Reflection: a Runner's Story' two awards (short documentary and editing); 'The Friend that You Are' two awards (music video and cinematography - Joanna Carlson).

These were all won at the Hollywood International Moving Pictures Film Festival (HIMPFF), and were received at this Award ceremony.​​ 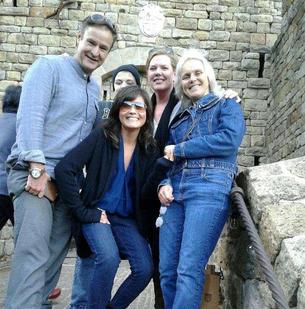 'The Great Controversy Ended' trailer has won two awards for a promotional trailer from two different Hollywood Film Festivals  -- the one above from HIMPFF and another from the Hollywood Film Competition.

In the last four years,  Golden Eagle Films has won over thirty awards from many different film festivals.   As I have already mentioned in my initial introduction to Golden Eagle Films, this is not for the glory of man, but that the work of Christian women, together with their many talented helpers -- actors and assistants -- will be brought to the notice of men and women who do not know Jesus.   It is our prayer that through viewing the films they will realise that only Jesus can bring hope and salvation.  This is the aim of Golden Eagle Films. 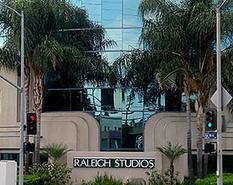 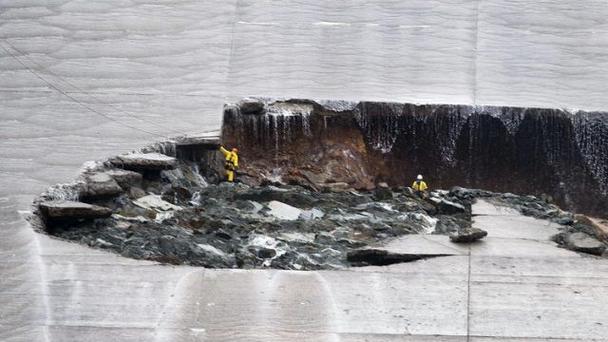 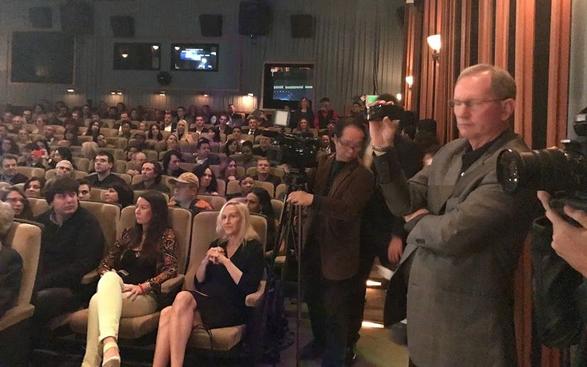 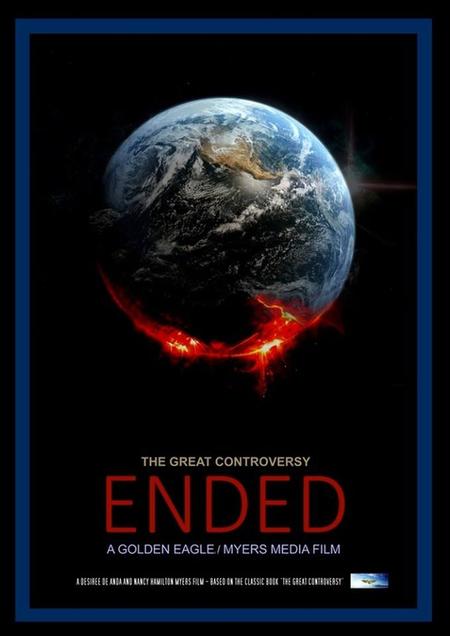 This is the trophy for 'We Promised' best picture.  Together with Nancy and Desiree, I was privileged in being listed as one of the producers. It is a great honour. Although unable to attend the happy occasion, my pleasure is sharing it with you to enjoy.

Desiree arriving at Raleigh Studios on above left. 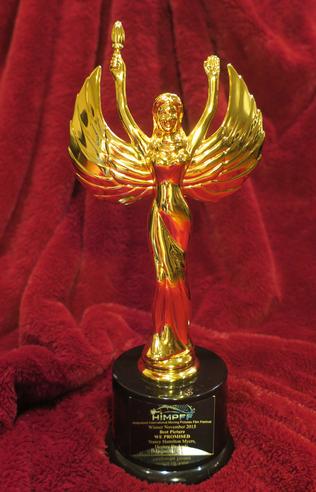 Raleigh Studios is the longest operating independent studio in the United States.  Its centenary was in 2015. Universal Studios is older -- 1912 -- but there must be a difference.

Another dam further north is connected to Lake Shasta at Redding.  It is 95% full and storms and rains are expected.  They are releasing the maximum amount of water that can be released so as not to damage the spillway.

Water causes an amazing amount of damage.  If the spillway releases more than it is designed to release, it will destroy the spillway.  Concrete cannot stand the pressure and power of water.

Imagine the damage caused by Noah's flood so many years ago. As we look around the world today, we still see the damage -- mountains that have been uplifted; canyons that has been washed away.   When we look at Mount Everest, the Andes, the Rockies and other amazingly high mountains, we see the effect of pressure from beneath the ground.  And when we look at the Grand Canyon and other deep canyons, we see how much soil, sand and rock has been forced away by a huge amount of  water.

I know I have mentioned this fact many times, but we must continue to bring it to mind because 'the world' wants us to forget it and to think it all happened over millions and millions of years through slow erosion.    The current destruction we see done by water is proof that it happened suddenly due to a cataclysmic flood, the flood the Bible tells us about.

Nancy's movie 'The Great Controversy Ended' is about the coming of the end of the world with the return of Jesus Christ in glory.   But before that wonderful event, there will be more and more floods, fires and other disasters.   Jesus said they are to be signs of His coming.

We must take notice or we will be caught unawares. 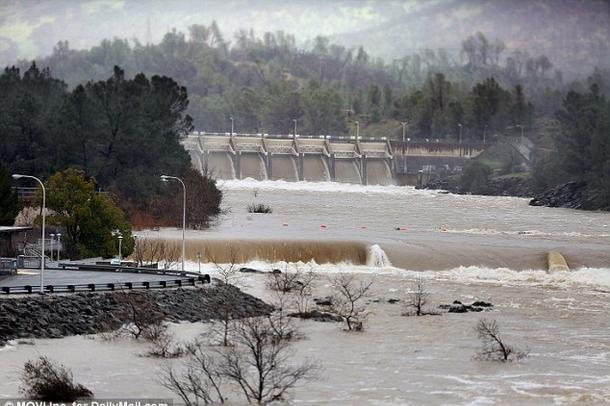 This is the Oroville dam, the tallest in the country.  It looks very different now to when I saw it last year and the year before.   Then it was a pleasure to visit.

Anyway, it is at Raleigh that my friends of Golden Eagle Films received seven awards. 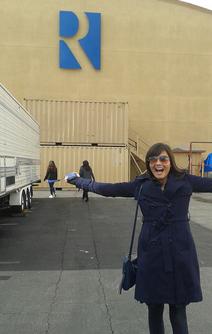 Look for further updates on 'The Great Controversy Ended' movie....... 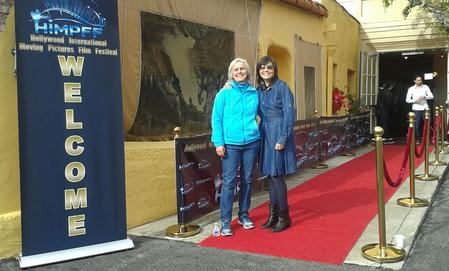 A word from Nancy:   I've been kind of out of the loop with the evacuations and everything. We still haven't gone back to Oroville but instead have been staying at a friend's place up in the mountains waiting to see what's happening and this week we are at our shoot location outside of Chico shooting the Prison Scene for THE GREAT CONTROVERSY ENDED. We shoot the scene this Sunday and Monday - VERY intense and I'm really looking forward to it!   :)

The filmakers in San Francisco.

Nancy and Desiree about to walk the red carpet.

Raleigh Studios, Melrose Avenue, Hollywood.  If you want to go there from Los Feliz, turn at Western, cross Hollywood and Sunset Boulevardes and turn right on Melrose.  It is on the left, on the corner of N Van Ness Ave. Of course there are other ways, and it depends from which direction you start.

But...... I am just having fun telling you, because I know this area.   Or you can go to Hollywood and Vine, travel south on Vine and then go left on Melrose. ​

Listening to the awards, and waiting...... 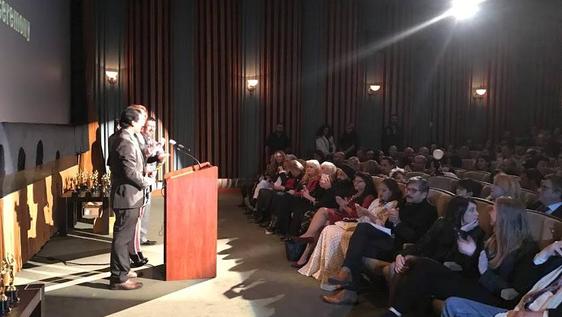 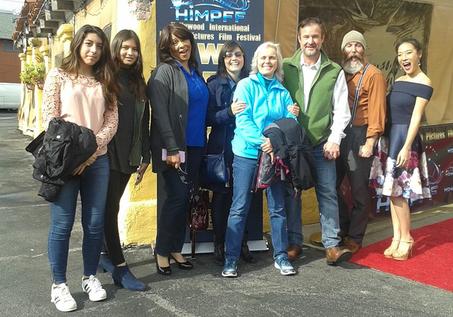 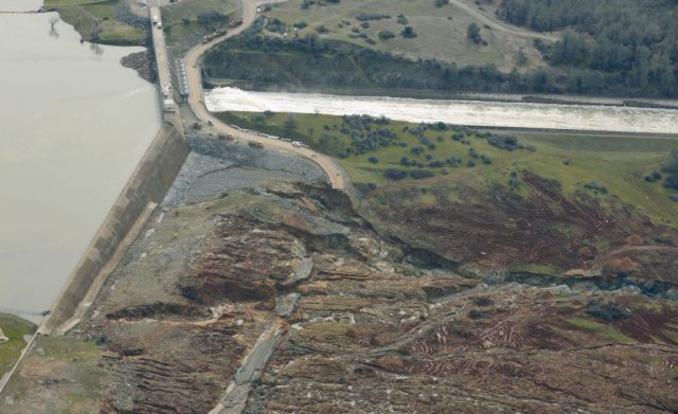 Nancy and Desiree have had to evacuate their homes in California. In fact, the whole town has been evacuated due to heavy rains and the threat of the crippled spillways totally collapsing. Pray for them, and that they do not lose their homes. 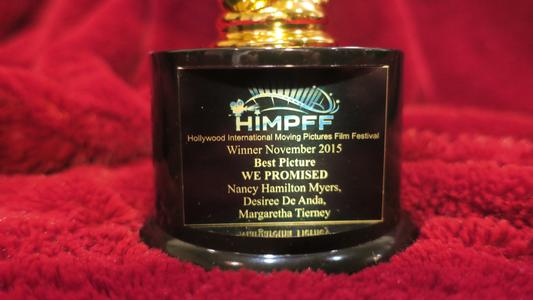 This is the damage caused to one of the spillways which they are trying to repair by having helicopters drop rocks in it. 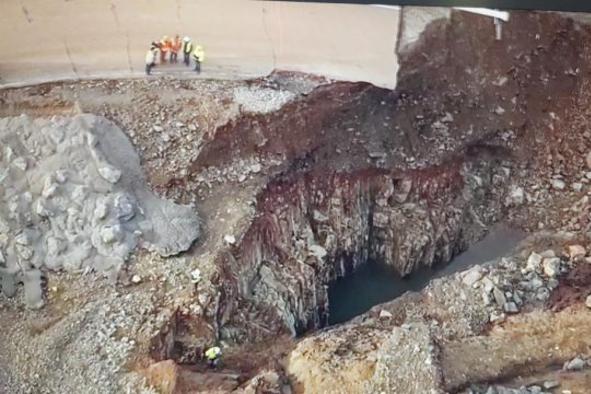 Not sure if the above picture is the same damaged area, but closer.  The road is gone below. 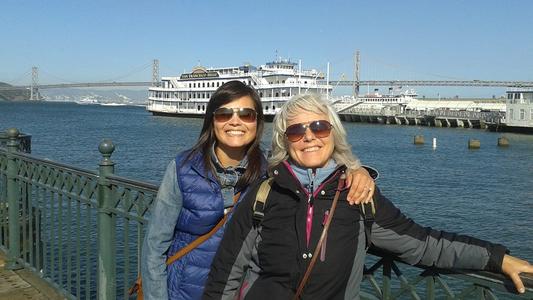