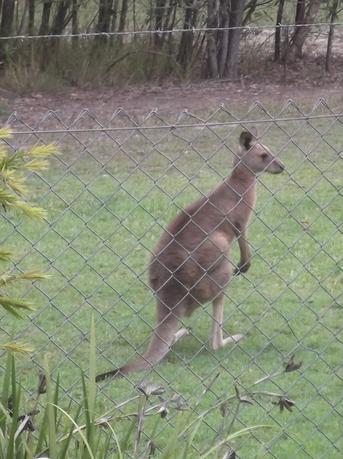 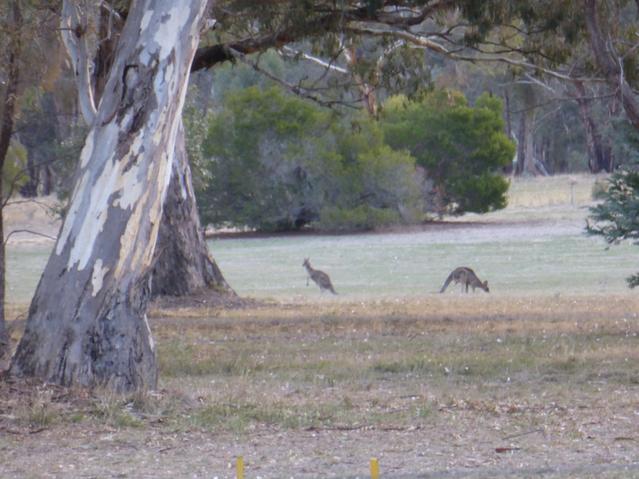 I wish I could see them, but they are far more elusive than my rabbit.   They don't seem to do anything to the garden, but there is evidence all over it.    I was quite amazed.   I have never seen this before, just in the last few weeks.

​As kangaroos begin grazing at dusk and finish at dawn, I always miss them.   I am up before the sun rises, but am not watching for kangaroos. Sometimes I have looked out the window, but have not seen them.   If I went out, they would hop away -- fast.    Only once did I see one in my paddock.

People in other countries think we see kangaroos all over the place, but this is not so.   They are timid creatures.  The only place I see them generally is dead beside the road. That is not where I want to see them, but they have been hit by a car.

Last week as I was driving, six kangaroos jumped across the road in front of me.  Thankfully, they were about six car-lengths away.    They don't watch for cars!!

My son sent me this picture of his friend, a resident of United States, while he was in Australia.   He is at a wildlife sanctuary, where some of the animals are allowed to roam around freely.   It was a special time for him. 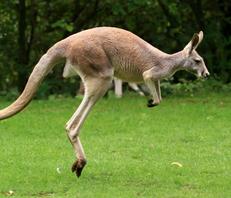 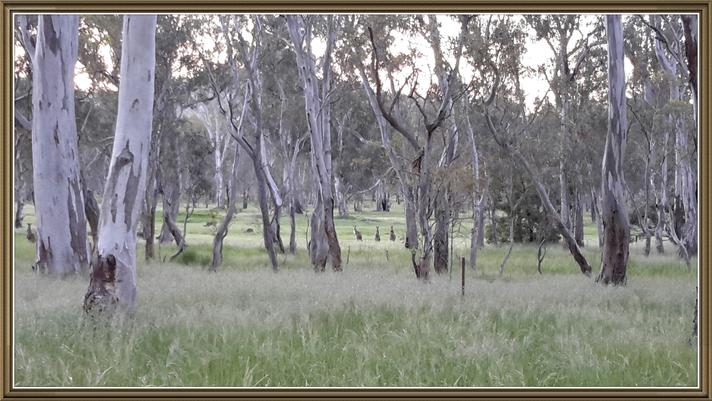 Tonight I happened to look outside when it was almost dark and there they were in my paddock .  Of course you can't see much, but in the gap, you can see three grey spots - the kangaroos.   I lightened the picture so you could see something, but its not too clear.    Of course there are many country people who have problems with kangaroos breaking fences or doing other damage, but I am not in that position, so I can enjoy them.

They are quite a distance away, so were very small.   I had to use my camera and bring them up closer, so the pictures are not really clear.

You can certainly see them in this photo, the three standing up and looking at me. 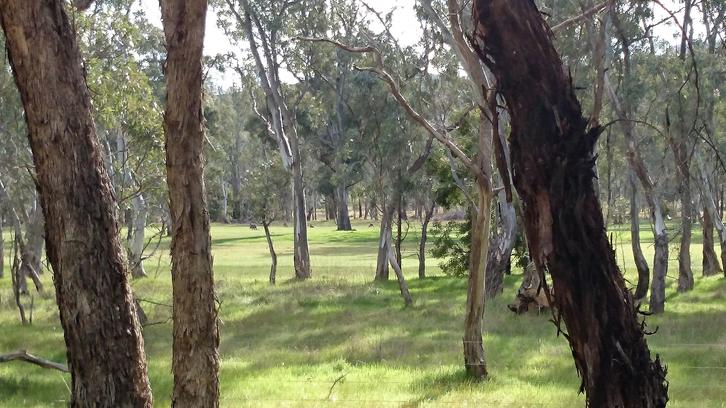 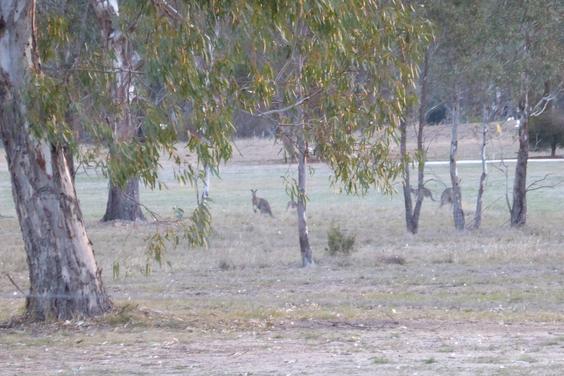 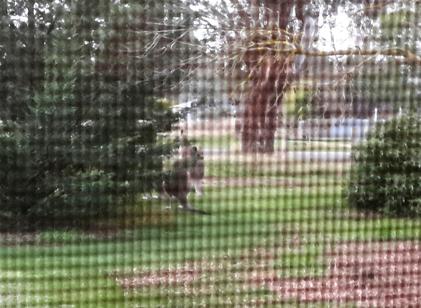 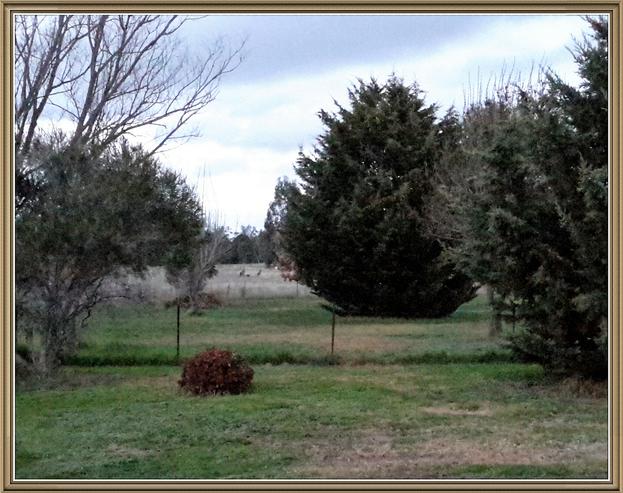 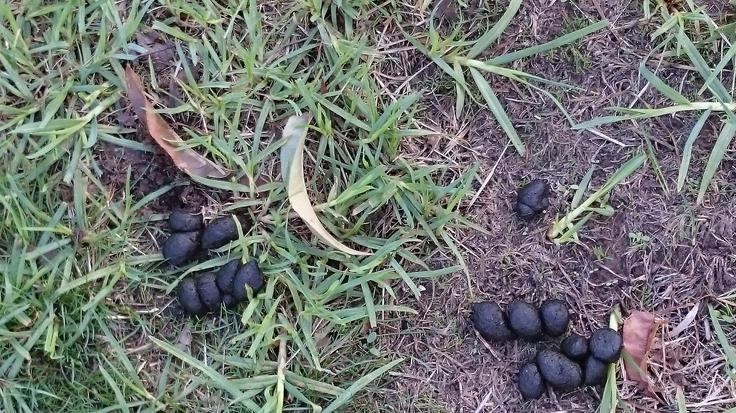 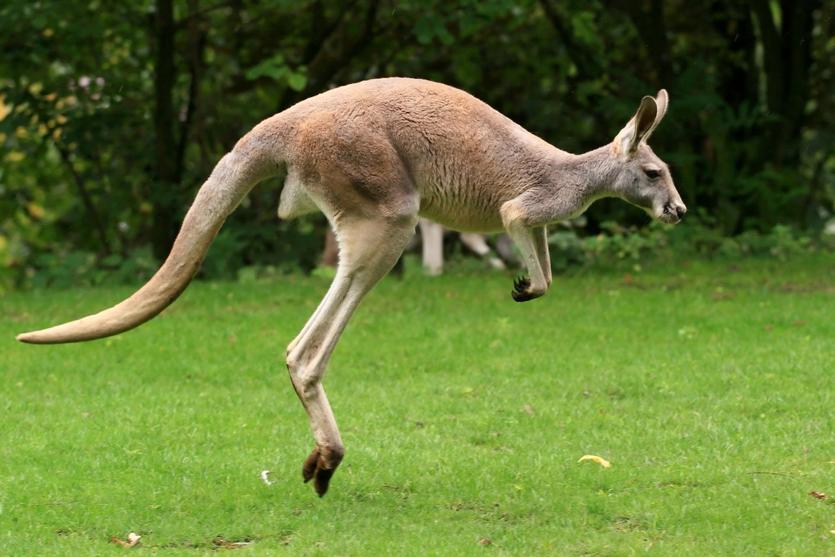 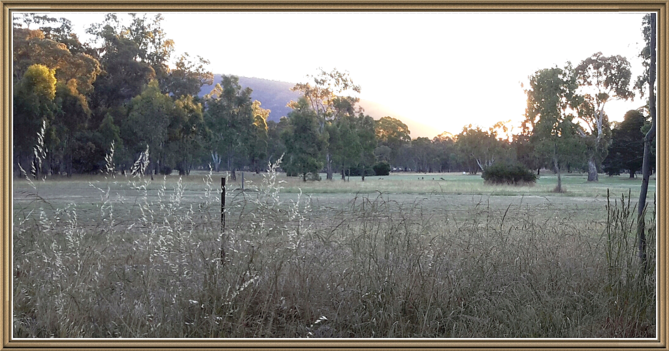 You can see some little dots in the open space -- they are kangaroos.   There are others there, but too hard to see.   It was a beautiful evening at the set of sun.

Kangaroos are shy animals, so you don't see them very often. Of course when you are driving, you don't want to see them as they jump across the road in front of you.    The ones below are on a golf course near me.   I have lots more pictures, but need to find them. 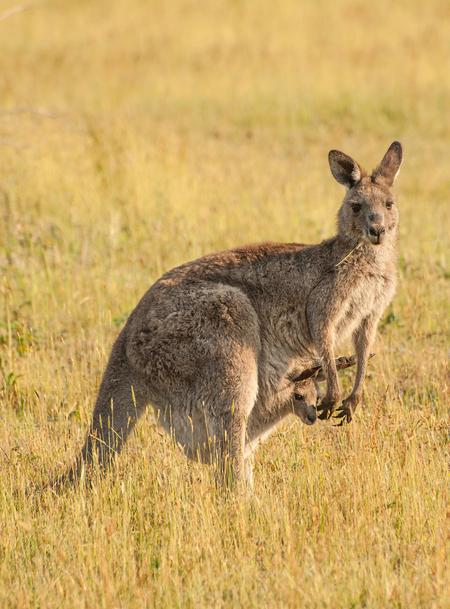 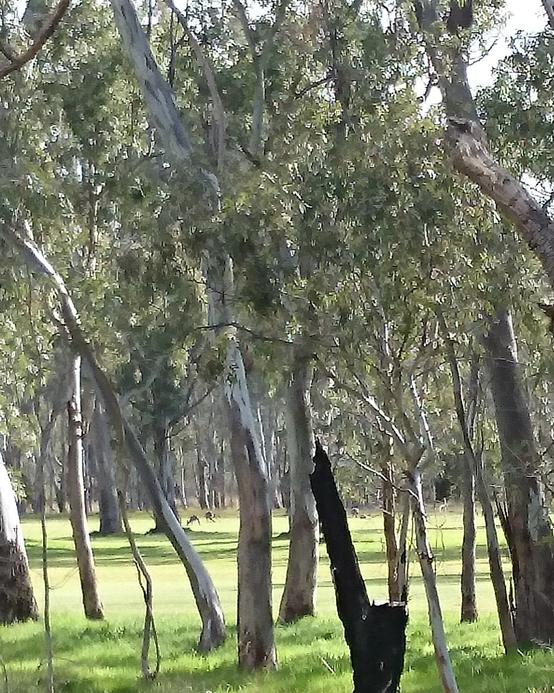 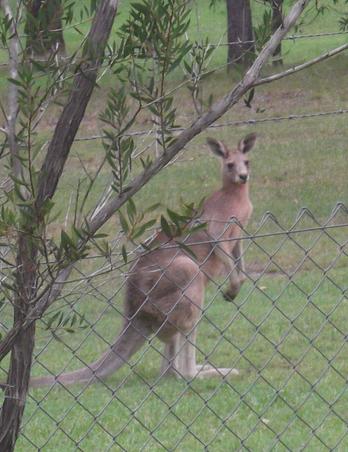 The picture below might see strange to have here, but it is evidence of the presence of kangaroos -- in my back  garden!    These are very near the house!

Can you see the kangaroos?

Last evening I was sitting in my lounge room when I saw three kangaroos hop past the window!!!!!   Wow!    I have never seen that before.   I have seen evidence that they have been in the paddock, but have never actually seen them.  It was exciting.    I took the photo below, but it was through the fly wire and so you can't see them very well.  Near the tree in the centre of the picture. 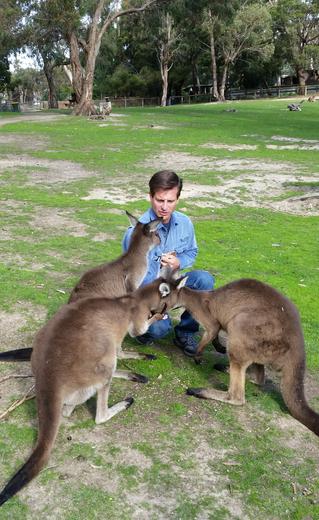