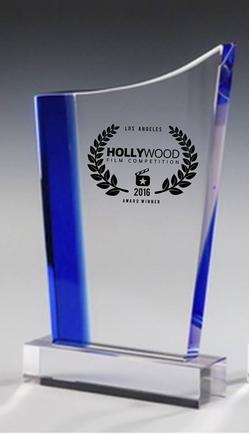 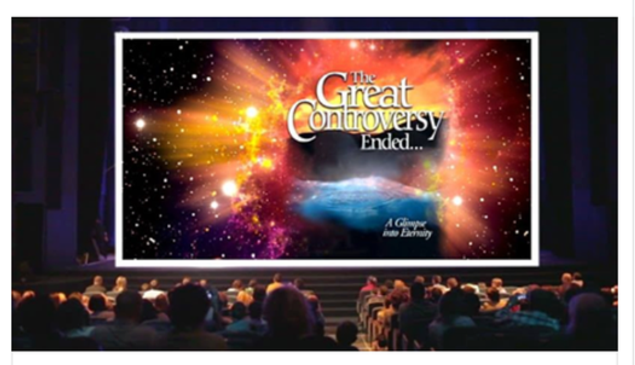 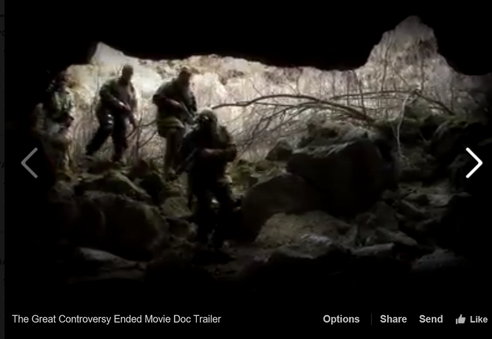 A scene from the trailer 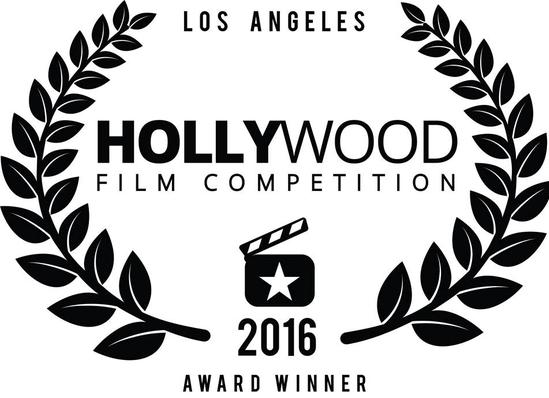 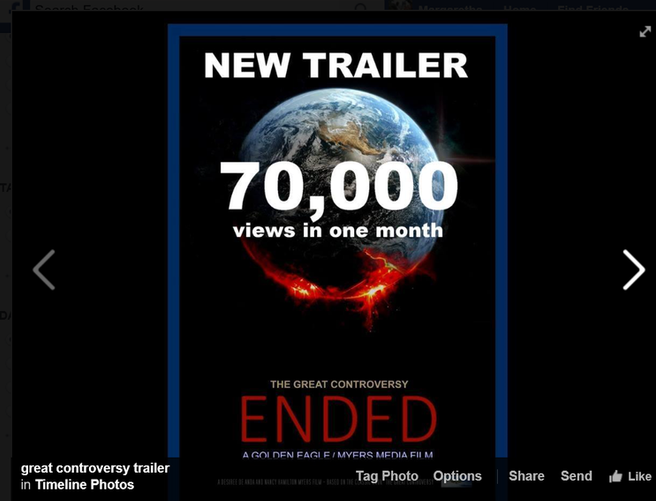 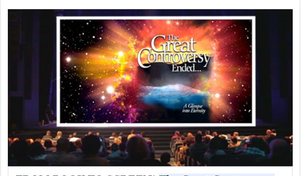 Golden Eagle Films are in the process of making another movie.  It is on the end times and following the last five chapters of the book 'The Great Controversy'.

Part 1 is completed and a video is available on YouTube. ​Go to https://www.youtube.com/watch?v=m8Z1R3HKzpk to see it.   The money has now come in for Part 2 and soon production will begin.

Golden Eagle Films will be continually relying on the help of friends and anyone interested with funds as each part is finished. Pray for the production and that funds continually come through Kickstart as they are advertised.

The Newsletter is now available 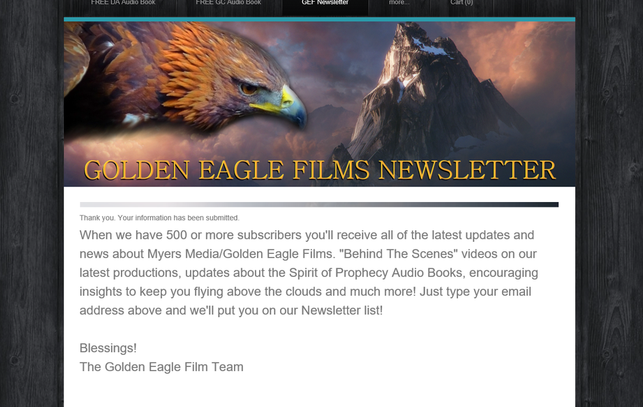 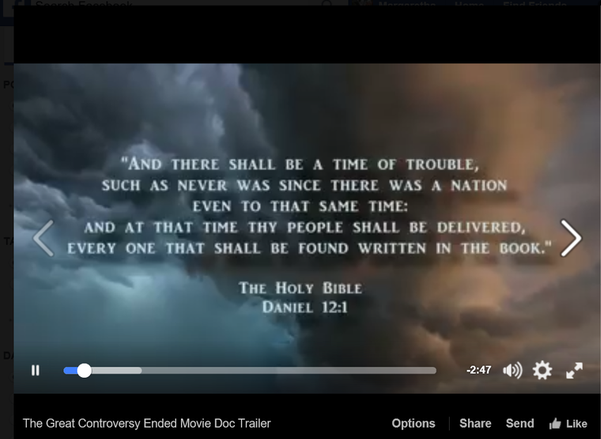 I've been editing the footage from "The Great Controversy Ended" Cave Shoot and WOW it looks GREAT! ABSOLUTELY awesome job on the acting from each and EVERY actor and really dramatic cinematography is sure to touch hearts, change lives, and gain more recognition for our talented actors! Speaking of which we have a new "Official Selection" for the Great Controversy Trailer and I'll keep you all in the loop if it/when places (not sure about the dates on this one). I'll be back in contact with some of the cast and crew shortly via email to talk with you about scheduling backstory and flashbacks.

Golden Eagle Films has won an award for the trailer, and just now a second award has been given.

As we have said before, Hollywood awards are not for the glory, but that the films can be advertised in circles they would never go without them. May there be men and women who will be led to accepting the Saviour, and be ready to meet Him in the clouds of heaven when He returns in great glory.

Over 70,000 people have watched the trailer.