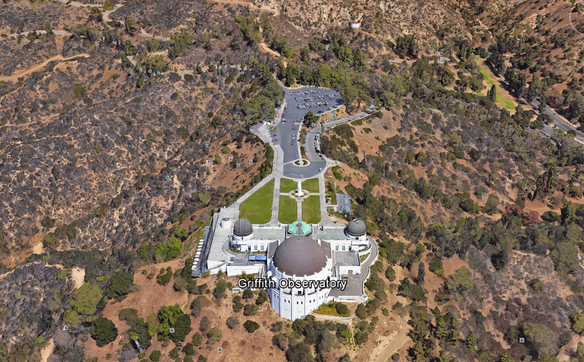 This is one of the views of Los Angeles from Mount Palomar. 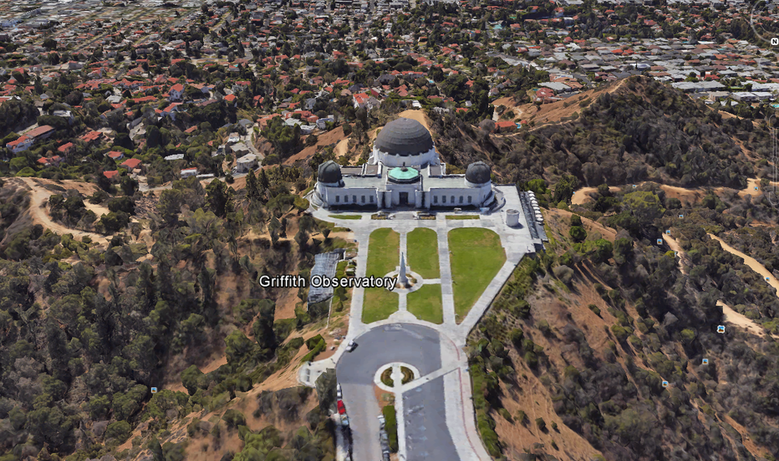 Below is the Hollywood sign.  It is not always easy to get a good picture from the street, unless you know exactly where to park. I drove around and around looking for somewhere to park to get a picture.  I did not find it last time, but did in 1987.   Here it is from Mt palomar as large as life.​ 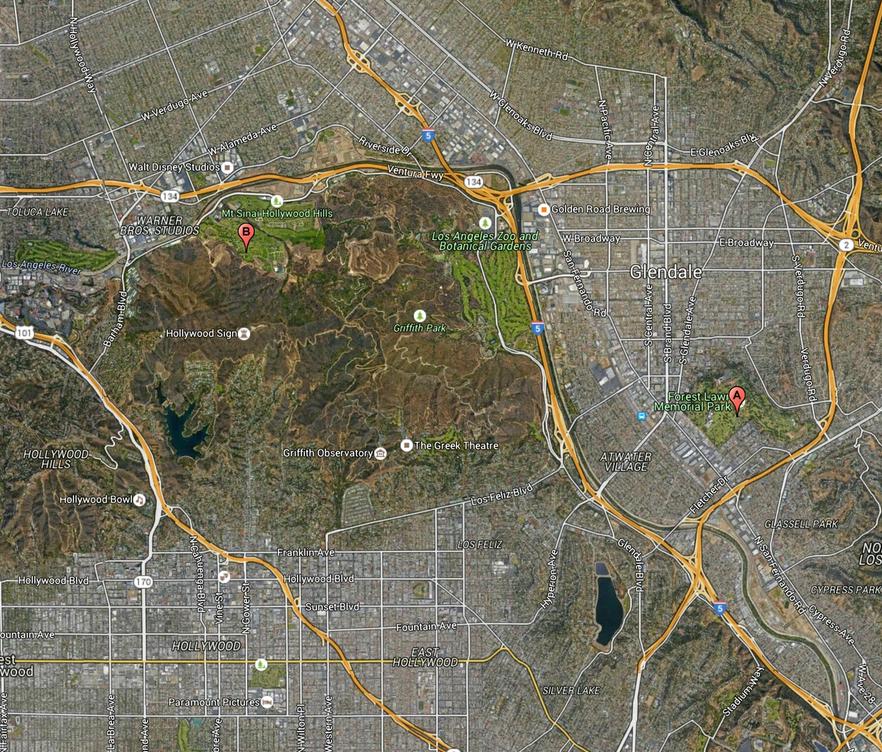 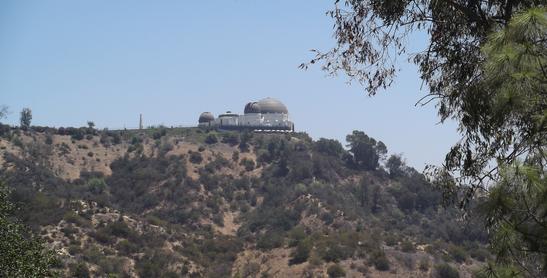 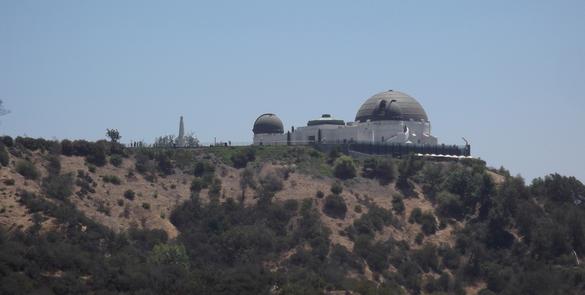 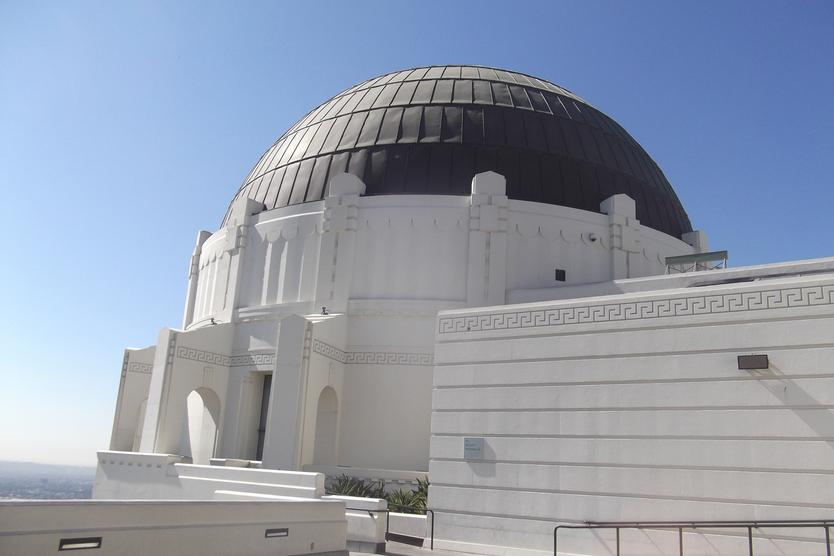 This is the Griffith's Park Observatory on Mount Palomar in California.  In 1987 I went up there the night before I left Glendale because I wanted to check if there had been an earthquake. The observatory has a seizmograph, and yes, it was recorded.   Not a very strong one, but enough to wake me up during the night. 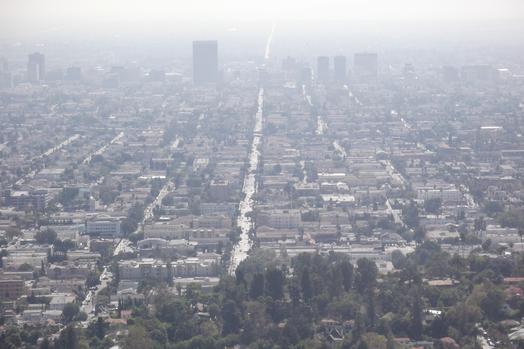 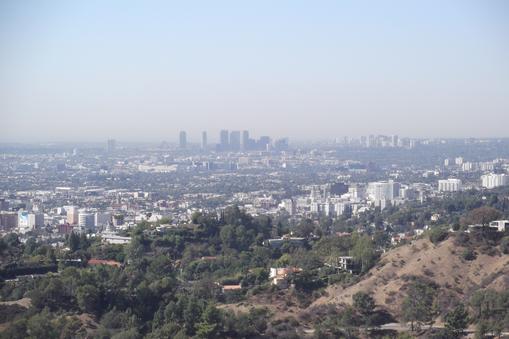 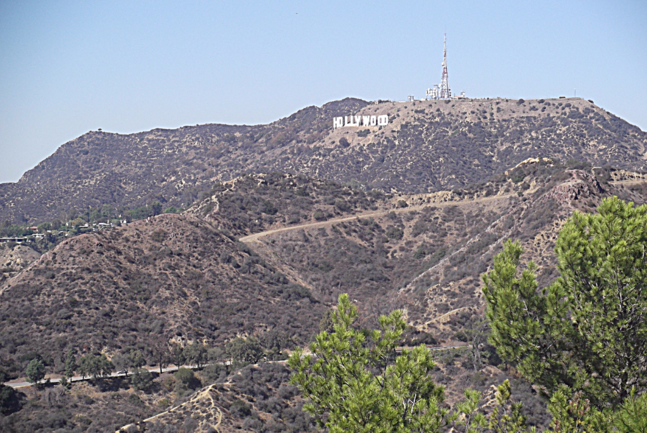 For those of you who are interested, this is where part of the movie 'Rebel without a Cause' with James Dean was filmed. There is a bronze head of James Dean here in commemoration. 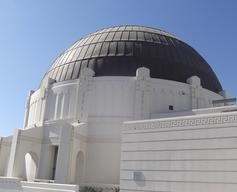 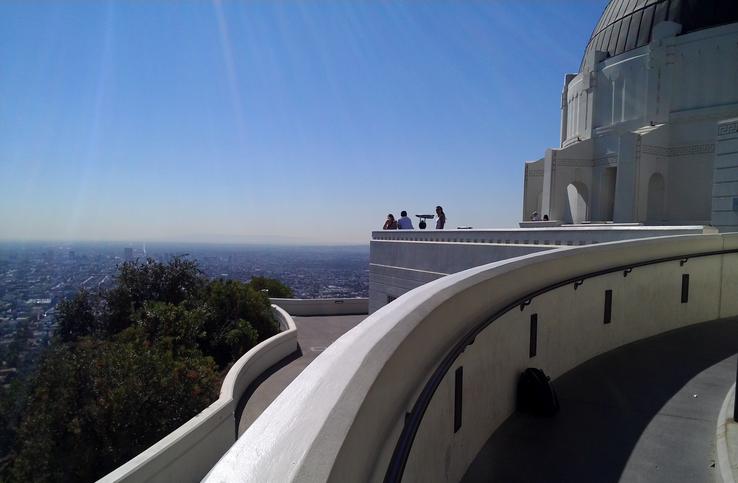 I am not sure if that long road is Western, but when I follow Google Earth it looks like it.  Western is the one you take from Los Feliz to go to Hollywood Boulevarde, Sunset Boulevarde and other well-known boulevardes.