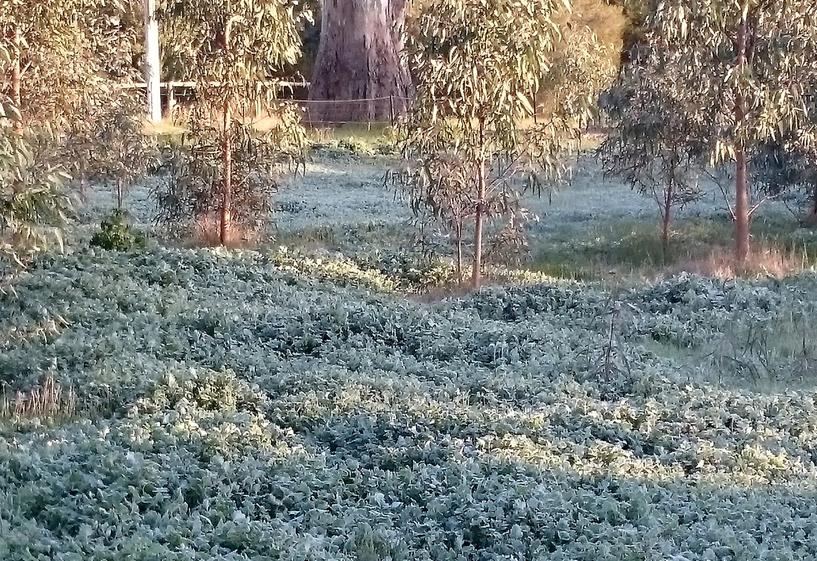 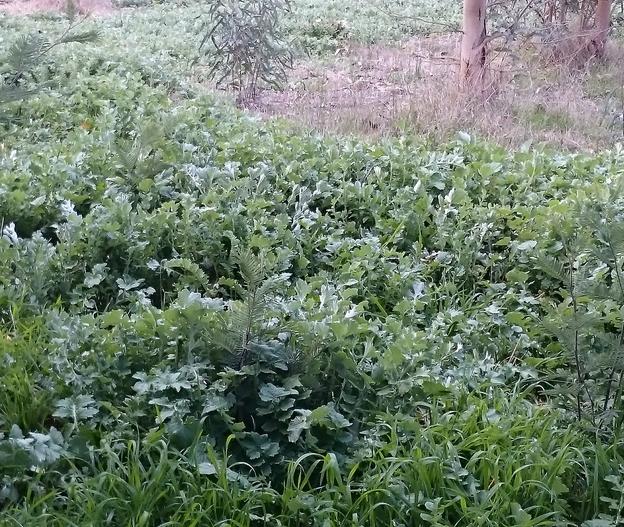 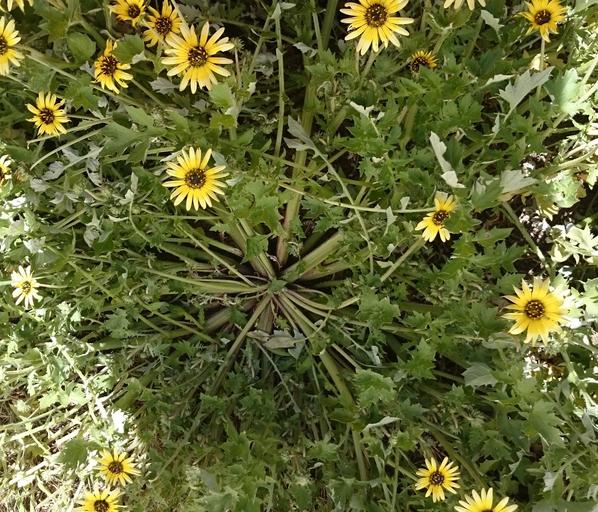 My paddocks are quiet now, but some weeks ago, I began to hear the call of plovers in the stillness of the night.   It is a loud distinctive cry, unmistakable among bird calls.

My ride-on mower had been out of action for two months and the capeweed stood almost 30cm (12”) high.

It was then I saw two plovers in my paddock.

Every time I went outside and headed towards the paddock, the plovers ran along the low grass, always in the same direction.  Their piercing cries seemed to be a warning.

After a day or two, I realised they must have a nest and were trying to decoy me away from the site.  So, from behind the drapes of my glass door, I watched, recalling the spot in my mind.

Sure enough, lying in the centre of a large capeweed, was one lone egg, a bit smaller than a  small  hen’s  egg,  brown  and  with  mottled green patches.      It took some finding, and if I had not been looking, it would have been missed. 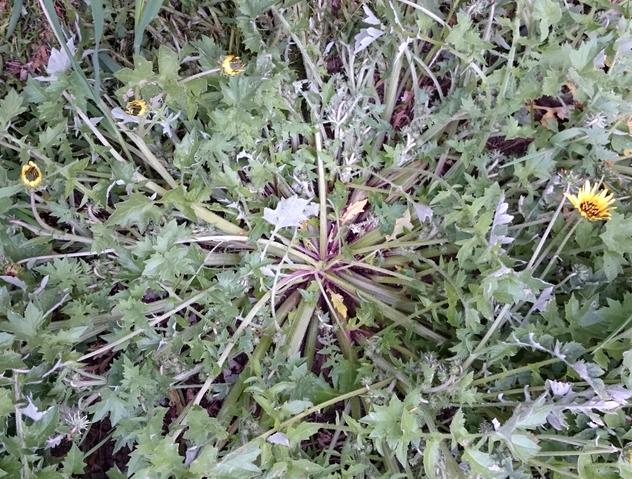 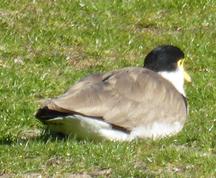 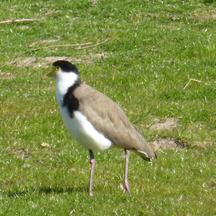 I searched under large capeweed leaves and the surrounding area, but there was no sign of the eggs.

Animals, such as cows, horses and dogs, could not get into the paddock.

Kangaroos could jump the fence, but they rarely come into town; even if they did, what would a kangaroo do with three bird’s eggs?

A cat could climb the fences, but cats like baby birds, not eggs. 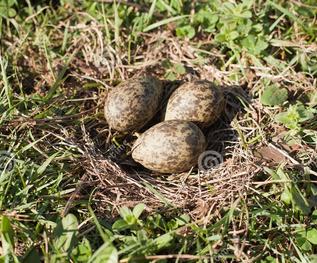 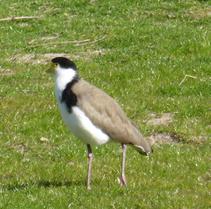 As I would soon be mowing the paddock, I took some small fallen willow branches and surrounded the area on four sides.   This would mark the nest, and the eggs would be safe.

When I began mowing, the roar of the engine sent Mr and Mrs Plover hurrying from the nest.

However, as my mowing continued, Mrs Plover saw I was doing circles some distance from the nest, and she returned.  If I appeared to be changing direction, she would hurry away with loud calls of warning.

After a time, she returned again and finally allowed me to mow within two metres (6.5ft).   This is very close to be sitting on a nest with a ride-on mower roaring around her.

At times she even sat with her back towards me:  “Wow, she trusts me!”

The next day I took my camera to the nest.

I wanted to keep a record of the new family, and lo, there were two eggs.

Two days later, after a heavy frost, the day was perfect for mowing, so out came my ride-on again.

As it was a nice day, Mr and Mrs Plover allowed the sun to keep their eggs warm while they hunted for food some distance from the nest.

This time my mowing would bring me right up to the nest.   As I came closer and closer, my plover friends began crying out. Mrs Plover never took her eyes off me.

When I was half a metre (1½ ft) away, I noticed there were now three mottled brown eggs. 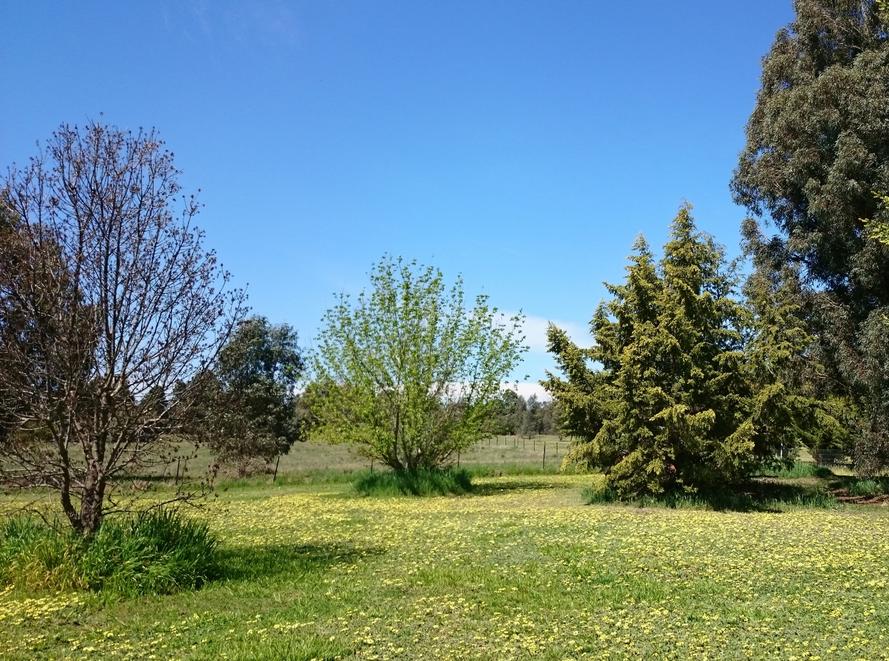 Surely a predator would not take whole eggs away from the site, but would break them and eat the content.  But no empty shells were to be seen.

A large snake might swallow an egg, but its winter and they are hibernating.

Certainly no human being was roaming my paddock last night!  Even if they were, it wouldn’t be to steal plover’s eggs!

The loss was a mystery, one that cannot be solved.

My plovers had gone.

Our acquaintance had only been for two weeks, but we had become friends.  Now they had flown away, and their little family was no more.

Reflecting on those last few minutes of agitation, I can’t help thinking they were telling me something.

Normally they did not start their gentle cries until I came outside.

This time it was as soon as they saw me open the glass door.

I knew something was wrong.

Only the Creator knows, but I believe Mr and Mrs Plover were telling me of the tragedy that had struck their prospective little family during the night.

And I can’t help thinking that before they rose into the air and flew away, my plovers said, 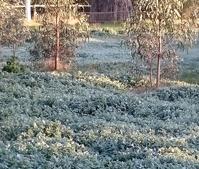 After I had moved to the other side of the paddock, Mrs Plover began a brisk, very determined walk to the nest.

Did she hope her eggs were safe?

Or did she know all was well?

Finding them still snug in the grass, the little mother-to-be sat down happily on her brood, while Mr Plover foraged in the grass.

What a pleasure to be part of the plover family’s joy.  Their happiness was mine.   I too looked forward to the day the eggs would hatch.

Would they hide in the capeweed?

How long before they would be running about like Mama and Papa?

How would they learn to fly from the ground?

A few mornings later, as the sun spread its beams over my paddocks, I pulled the drapes back from my sliding door and there stood Mr and Mrs Plover about three metres (10ft) from the nest.

As I slid the door open, they began crying out in apparent consternation. It was quite a commotion.

Suddenly the agitation stopped.  Both birds rose into the air and flew off into the early morning glow.

Mystified, I walked out to the paddock.  What would I encounter?

Arriving at the nest, I found a depression in the centre of the capeweed nest, where Mrs Plover had sat, but no sign of those mottled brown eggs.

The nest was empty!