At our evening dinner table many years ago, when we had our family News or Observation time, sometimes one of us shared news instead of something we had seen.   It varied greatly, from a disaster to an interesting little tidbit.     Well, my news is not something of God's creation, but a recent event.   Above you can see the inside of a Hollywood spectacular for the International Film Festival.   I was invited, but could not attend -- the distance was a bit far this time!

The news is that my lovely friend Nancy won the best actress award for her portrayal of the care-giver in the Christian movie 'We Promised' by Golden Eagle Films.  It may be on Youtube, but not in the shops yet.    Her movie 'Never Alone' won an award last year.   Ask for it at your Christian book shop and if they don't have it, encourage them to get it. 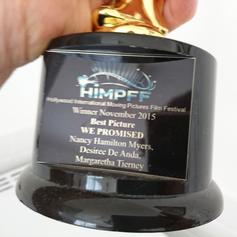 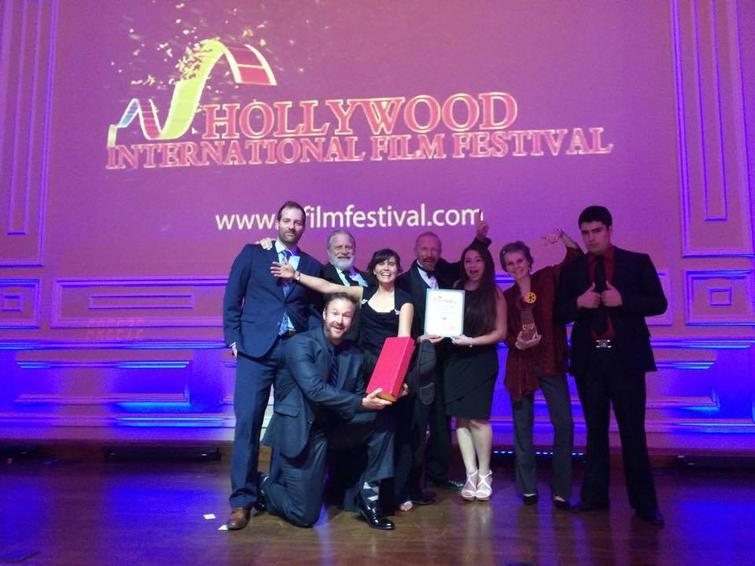 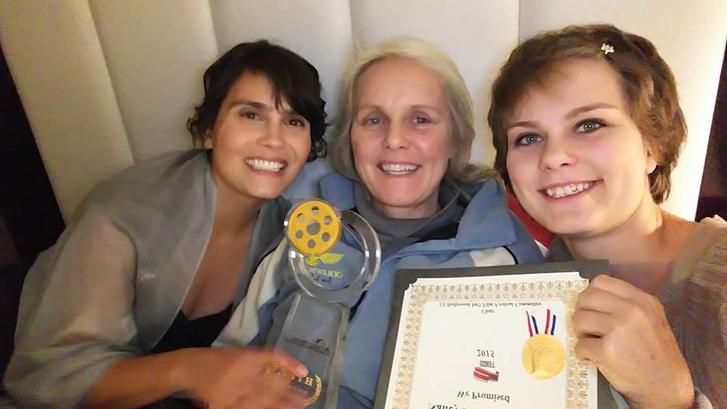 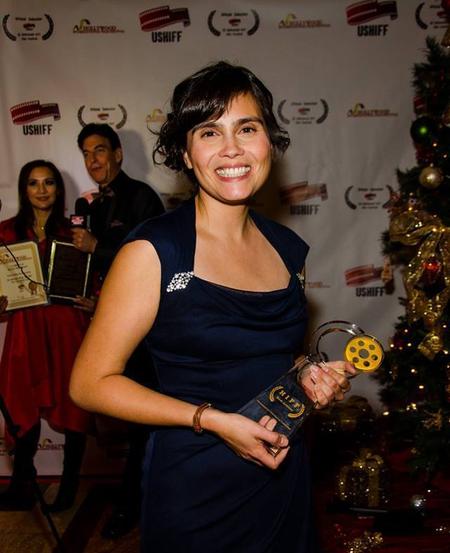 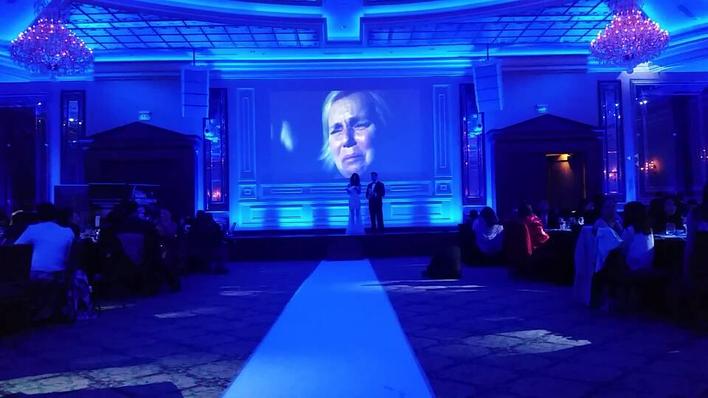 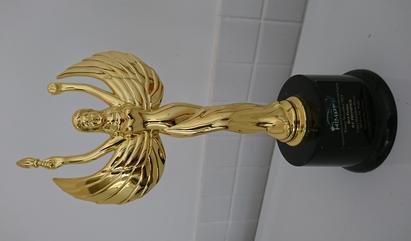 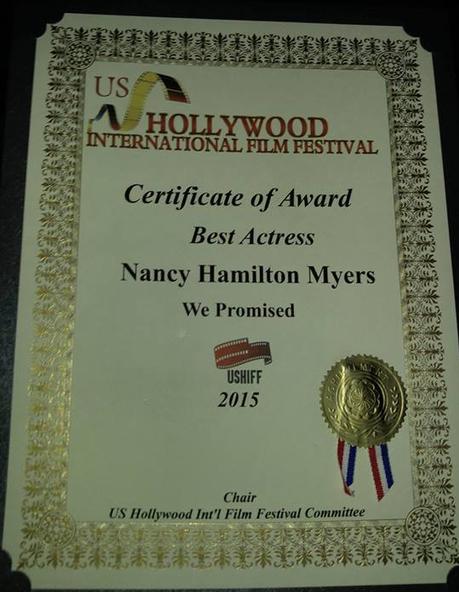 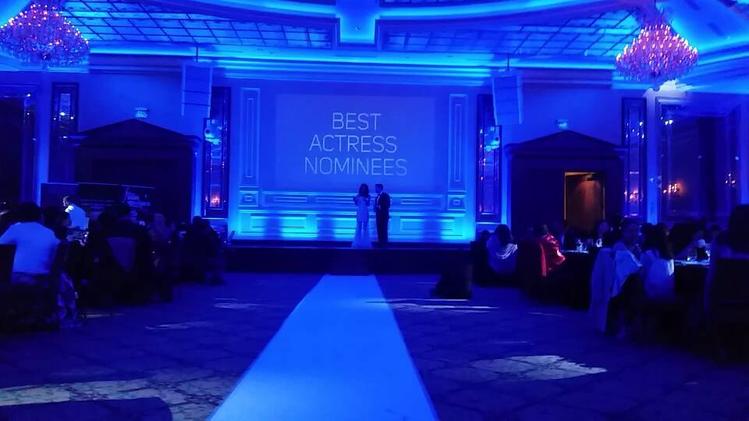 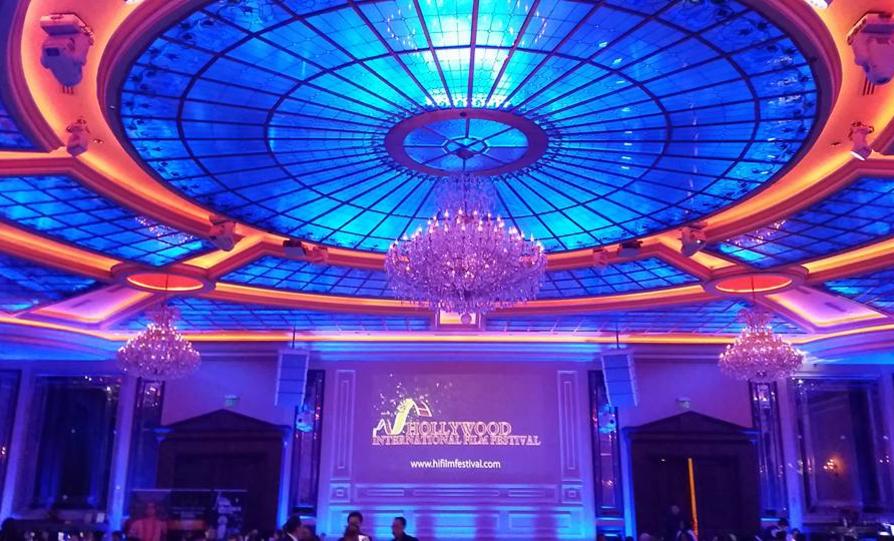 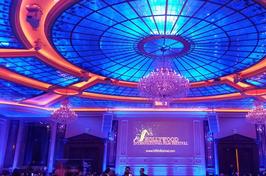 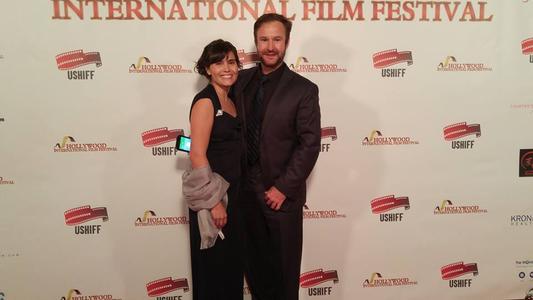 I  have something amazing to tell you -- I received a Hollywood trophy last year.   If I had been able to go to Hollywood with my friends, I would have been called up the front with them to receive it.   Wow!

It was for being one of the producers 'We Promised'.  My part was not very big, but Nancy and Desiree felt I should  be recognised as a producer with them.

Nancy and Desiree brought it over when they came to Australia for a holiday last year.   Now it is proudly standing on my shelf.

Don't forget to look for the movies -

'We Promised' and 'Never Alone'.

Is it important to win an award for the best actress or for a movie to win an award?    Yes and No.   In the sight of God it means nothing.  We do the work He has given us, and He will give the rewards.   Everyone at Golden Eagle Films believes this.

However, it is not easy to put your movie in the hands of the public.  Of course if you have made a Hollywood film there is a better chance, but when you are a small film company, and especially when you only make Christian movies, it is extremely difficult.   The awards help.   But mainly the producers must rely on advertising, which is often, 'I will watch it and call you back'.

Friends and supporters need to tell their friends and ask Christian book sellers for the movie.  And if they don't have it, ask again and again, until the seller realises this is a good movie that will sell.   Even then, royalties are very minimal.

Anyway, this is my evening news for today.