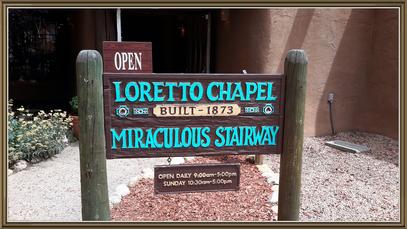 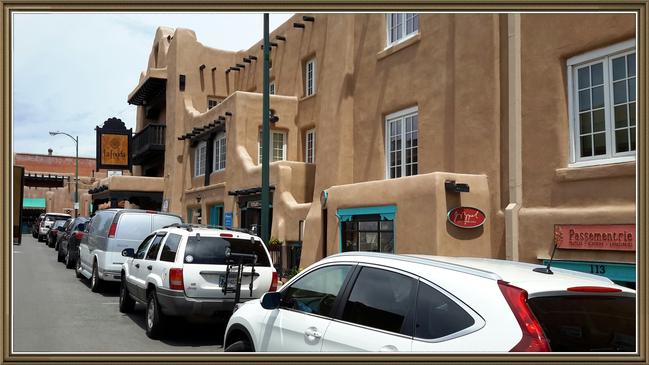 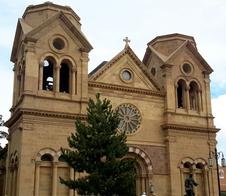 There is a lot of dedication to God in Santa Fe, but there is also a lot of superstition.   The blue colour is believed to ward off evil spirits.  Many homes have their windows painted blue. 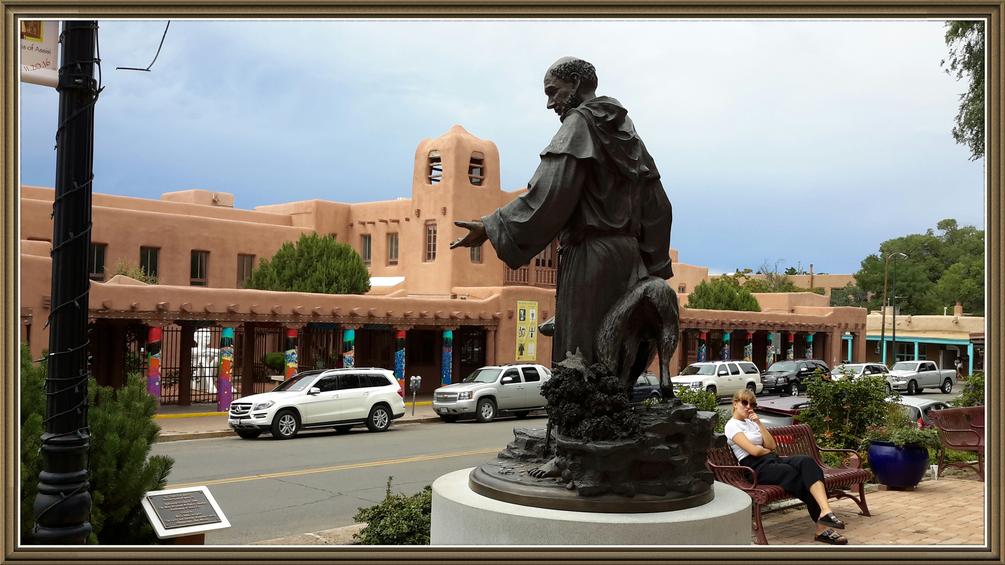 The buildings are made of adobe brick, sundried and genuine.  Occasionally, there are fake adobe buildings I am told, but not many. 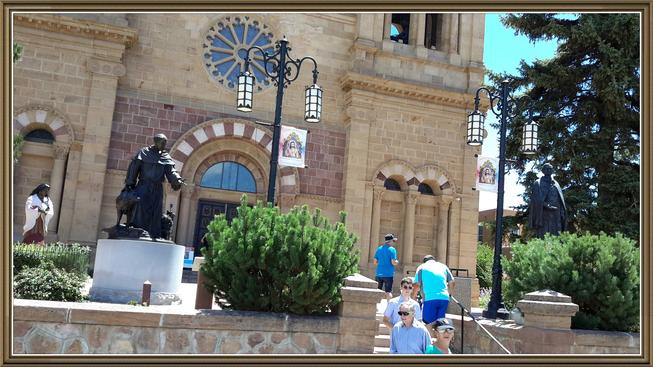 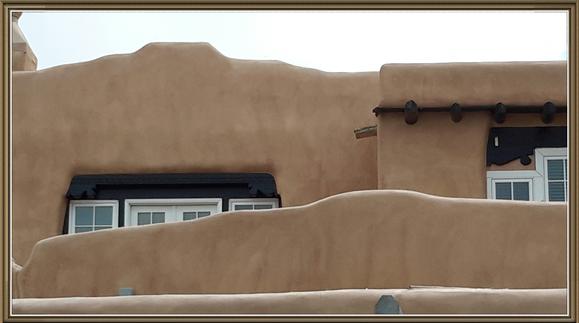 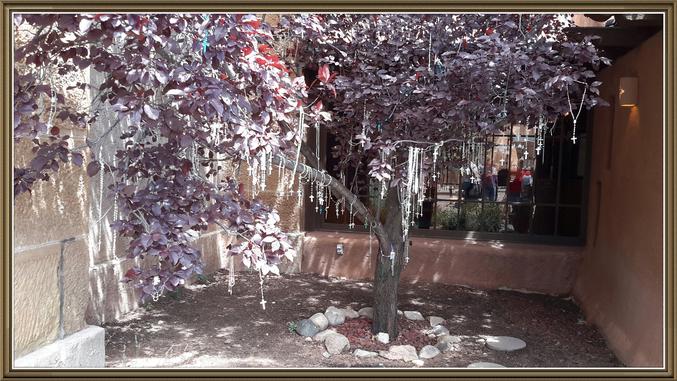 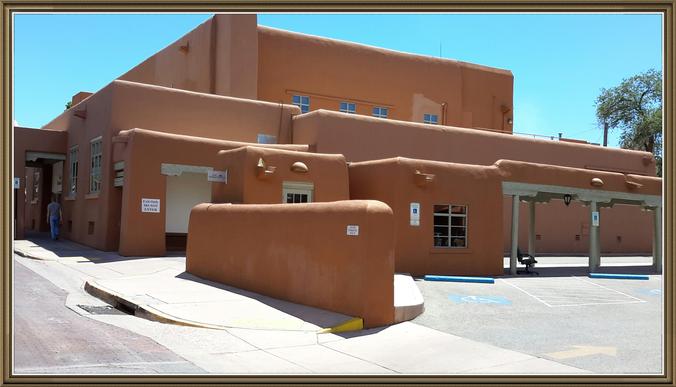 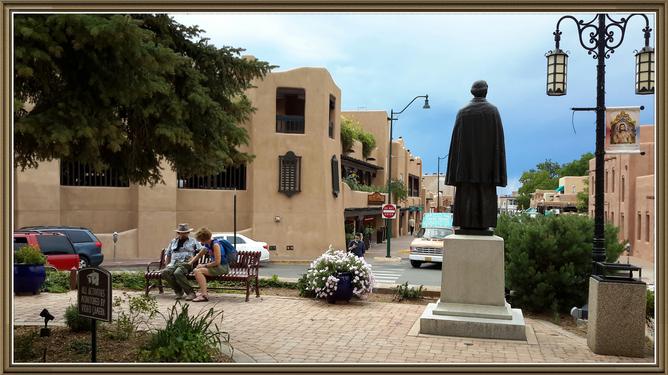 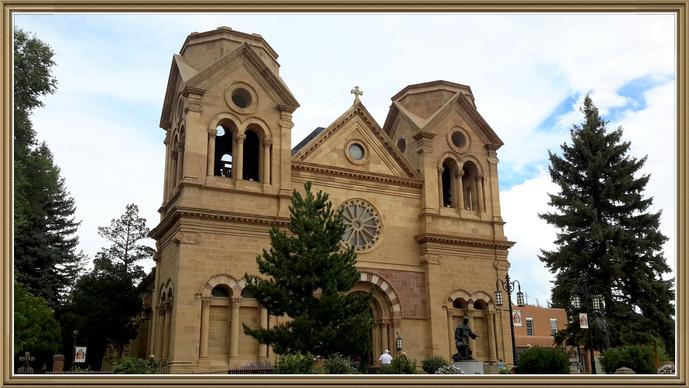 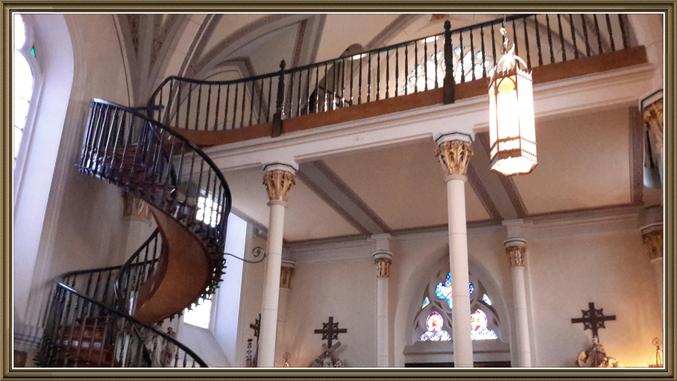 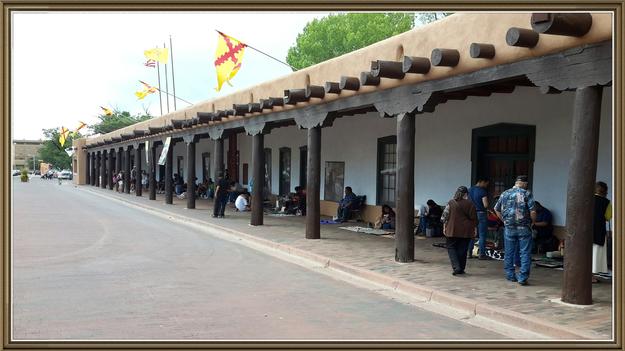 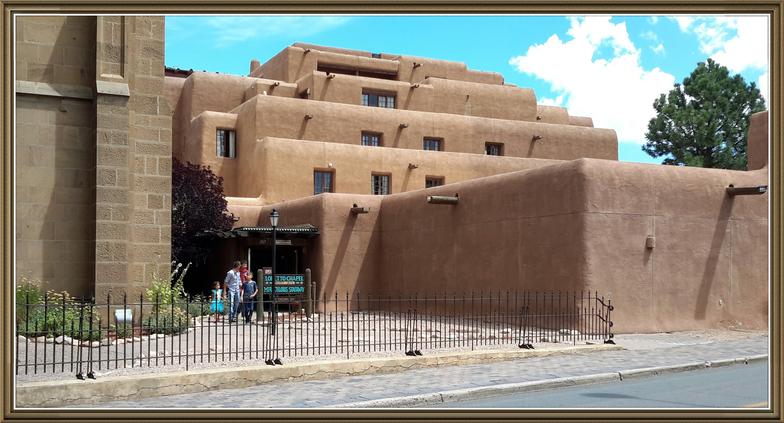 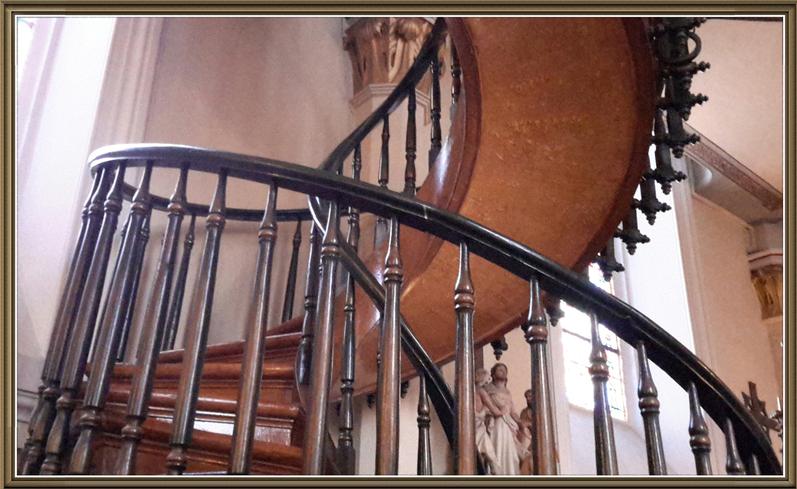 It is a very old city, and the three pictures below are very old buildings, some of them original government offices. 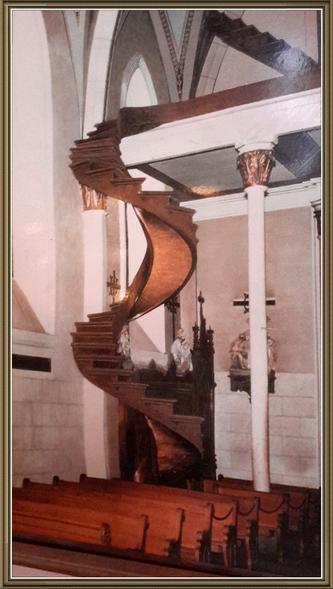 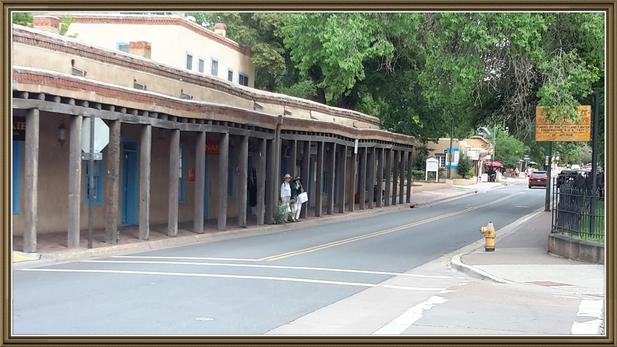 Orininally there was no way the nuns could get up into the balcony, so they began to pray for a stairway of some kind.   After a few weeks, an elderly man appeared with a tool box and he asked if they needed any carpentry work.   They were very happy and told him of their need. 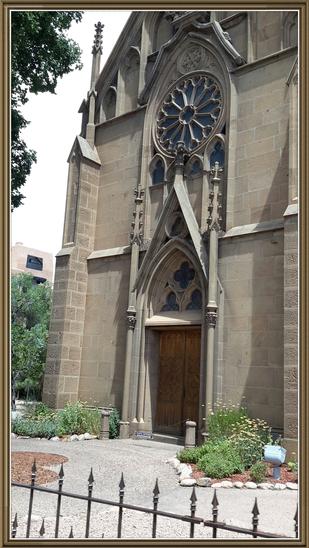 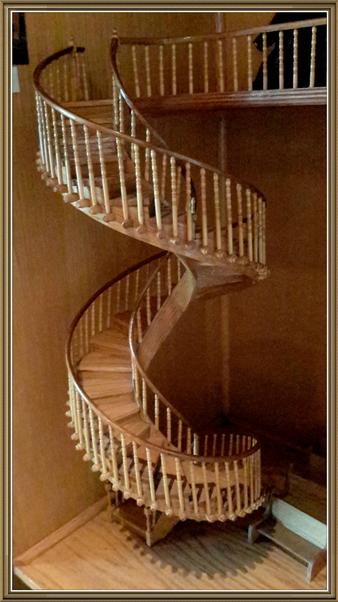 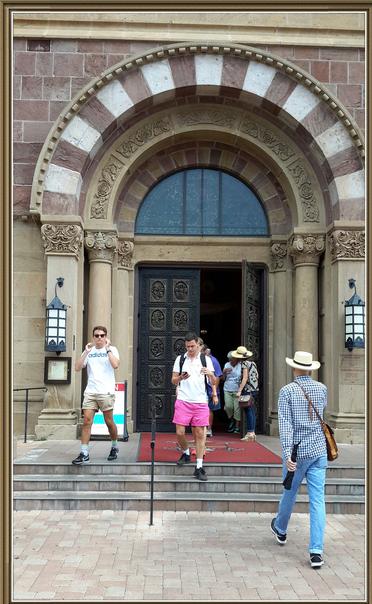 Here is the stairway. 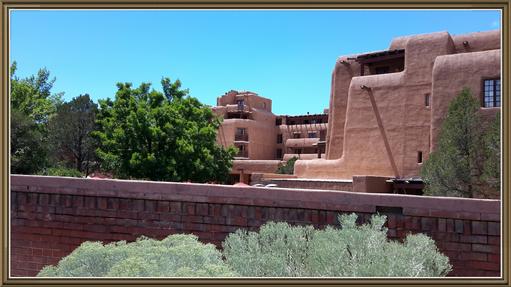 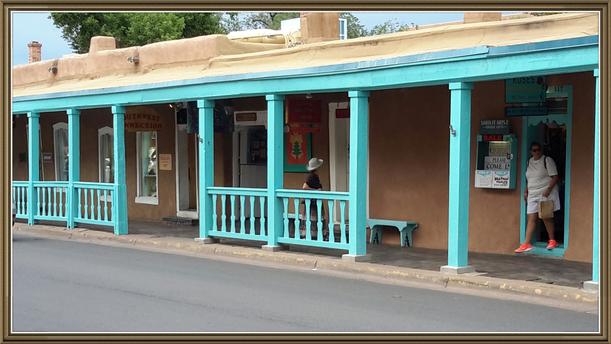 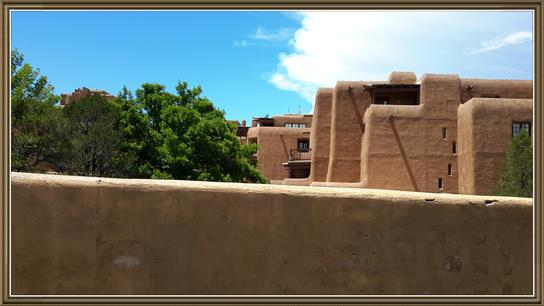 There is another church of interest.  It is called the Loretta Chapel. You may have heard of  it, or what is inside.   I had, but had no idea it was in Santa Fe.

Trees decorated with crosses, is a typical Roman Catholic activity.  Most of Santa Fe is Catholic, having come from Mexico or Spain.  Two trees grace the entrance, both covered in crosses.  They do look pretty. 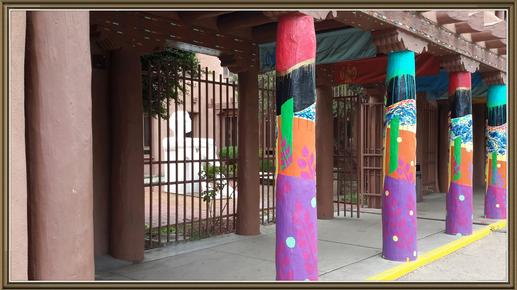 The big doors are lovely. People go in and out all day.   Many visitors, but also worshippers.

Santa Fe is an interesting city, a very old one.   The statue above is St Francis of Assisi and it is standing in front of the church dedicated to him. 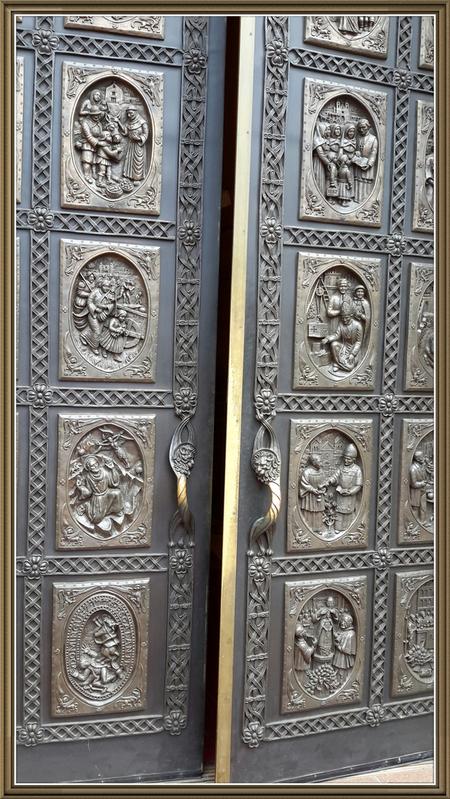 The man worked by himself for some months until the staircase was finished.  Then he left quietly without asking for any money.  The nuns believed the man was Joseph, the carpenter father of Jesus. 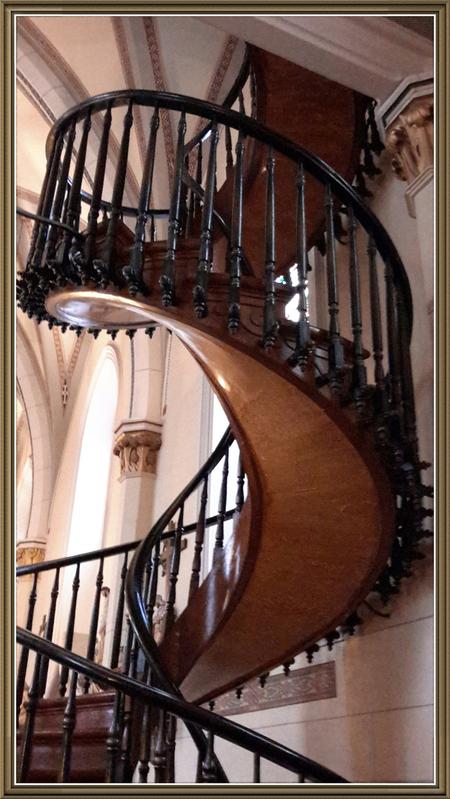 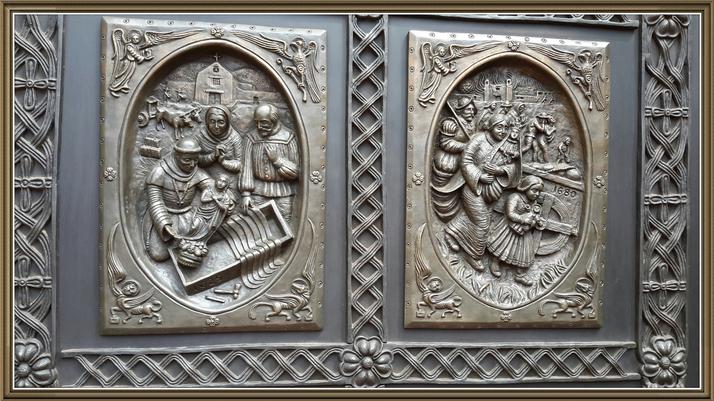 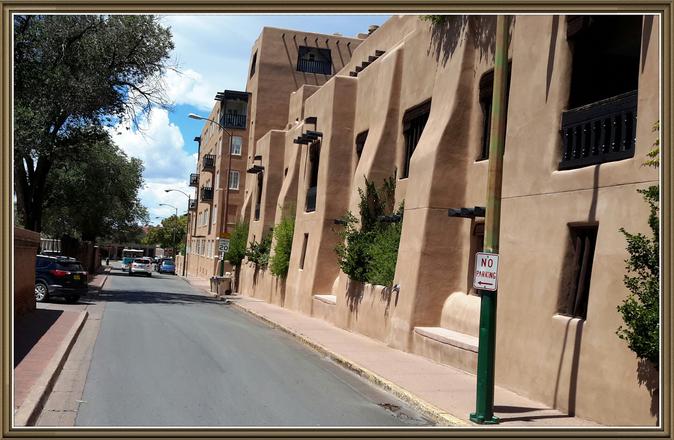 Of course it was not Joseph as he is in his grave awaiting the call of the Life-giver, but it could have been an angel.   Whoever it was, the staircase he built is amazing.   To think the nuns went up and down these stairs for many years without a balcony.

There is no support to the stairway and no nails were used -- only wooden pins.  Some engineers say it should not stand, and only one says it is supported by the curvature.