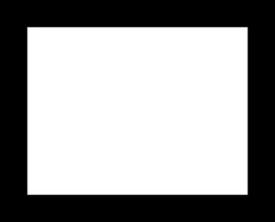 The Conflict between Two Heavenly Sons

There was one who perverted the freedom that God had granted to His creatures. Sin originated with him who, next to Christ, had been most honoured of God and was highest in power and glory among the inhabitants of heaven.

Lucifer, “son of the morning”, was first of the covering cherubs, holy and undefiled. He stood in the presence of the great Creator, and the ceaseless beams of glory enshrouding the eternal God rested upon him.

“Thus saith the Lord God; ‘Thou sealest up the sum, full of wisdom, and perfect in beauty. Thou hast been in Eden the garden of God; every precious stone was thy covering. . .

Thou art the anointed cherub that covereth; and I have set thee so: thou wast upon the holy mountain of God; thou hast walked up and down in the midst of the stones of fire. Thou wast perfect in thy ways from the day that thou wast created, till iniquity was found in thee’.” Ezekiel 28:12-15.

Little by little Lucifer came to indulge the desire for self-exaltation.

The Scripture says, “Thine heart was lifted up because of thy beauty, thou hast corrupted thy wisdom by reason of thy brightness.” Ezekiel 28:17. “Thou hast said in thine heart… I will exalt my throne above the stars of God… I will be like the Most High.” Isaiah 14:13, 14.

Though all his glory was from God, this mighty angel came to regard it as pertaining to himself. Not content with his position, though honoured above the heavenly host, he ventured to covet homage due alone to the Creator.

Instead of seeking to make God supreme in the affections and allegiance of all created beings, it was his endeavour to secure their service and loyalty to himself. And coveting the glory with which the infinite Father had invested His Son, this prince of angels aspired to power that was the prerogative of Christ alone.

Now the perfect harmony of heaven was broken.

Lucifer's disposition to serve himself instead of his Creator aroused a feeling of apprehension when observed by those who considered that the glory of God should be supreme. In heavenly council the angels pleaded with Lucifer.

The Son of God presented before him the greatness, the goodness, and the justice of the Creator, and the sacred, unchanging nature of His law. God Himself had established the order of heaven; and in departing from it, Lucifer would dishonour his Maker and bring ruin upon himself.

But the warning, given in infinite love and mercy, only aroused a spirit of resistance. Lucifer allowed his jealousy of Christ to prevail, and became the more determined.

To dispute the supremacy of the Son of God, thus impeaching the wisdom and love of the Creator, had become the purpose of this prince of angels. To this object he was about to bend the energies of that mastermind, which, next to Christ's, was first among the hosts of God.

But He, who would have the will of all His creatures free, left none unguarded to the bewildering sophistry by which rebellion would seek to justify itself.

Before the great contest should open, all were to have a clear presentation of His will, whose wisdom and goodness were the spring of all their joy.

The King of the universe summoned the heavenly hosts before Him, that in their presence He might set forth the true position of His Son and show the relation He sustained to all created beings. The Son of God shared the Father's throne, and the glory of the eternal, self-existent One encircled both.

About the throne gathered the holy angels, a vast, unnumbered throng – “ten thousand times ten thousand, and thousands of thousands.” (Revelation 5:11), the most exalted angels, as ministers and subjects, rejoicing in the light that fell upon them from the presence of the Deity.

Before the assembled inhabitants of heaven the King declared that none but Christ, the Only Begotten of God, could fully enter into His purposes, and to Him it was committed to execute the mighty counsels of His will. The Son of God had wrought the Father's will in the creation of all the hosts of heaven; and to Him, as well as to God, their homage and allegiance were due.

Christ was still to exercise divine power, in the creation of the earth and its inhabitants. But in all this He would not seek power or exaltation for Himself contrary to God's plan, but would exalt the Father's glory and execute His purposes of beneficence and love.

The angels joyfully acknowledged the supremacy of Christ, and prostrating themselves before Him, poured out their love and adoration. Lucifer bowed with them, but in his heart there is a strange, fierce conflict. Truth, justice, and loyalty were struggling against envy and jealousy. The influence of the holy angels seemed for a time to carry him with them.

As songs of praise ascended in melodious strains, swelled by thousands of glad voices, the spirit of evil seemed vanquished; unutterable love thrilled his entire being; his soul went out, in harmony with the sinless worshippers, in love to the Father and the Son. But again he was filled with pride in his own glory. His desire for supremacy returned, and envy of Christ was once more indulged. ​