The high honours conferred upon Lucifer were not appreciated as God's special gift, and therefore, called forth no gratitude to his Creator. He gloried in his brightness and exaltation and aspired to be equal with God. He was beloved and reverenced by the heavenly host, angels delighted to execute his commands, and he was clothed with wisdom and glory above them all.

Yet the Son of God was exalted above him, as one in power and authority with the Father. He shared the Father's counsels, while Lucifer did not thus enter into the purposes of God. “Why”, questioned this mighty angel, “should Christ have the supremacy?” Why is He honored above Lucifer?

Leaving his place in the immediate presence of the Father, Lucifer went forth to diffuse the spirit of discontent among the angels. He worked with mysterious secrecy, and for a time concealed his real purpose under an appearance of reverence for God.

He began to insinuate doubts concerning the laws that governed heavenly beings, intimating that though laws might be necessary for the inhabitants of the worlds, angels, being more exalted, needed no such restraint, for their own wisdom was a sufficient guide.

They were not beings that could bring dishonour to God; all their thoughts were holy; it was no more possible for them than for God Himself to err.

The exaltation of the Son of God as equal with the Father was represented as an injustice to Lucifer, who, it was claimed, was also entitled to reverence and honour. If this prince of angels could but attain to his true, exalted position, great good would accrue to the entire host of heaven; for it was his object to secure freedom for all.

But now even the liberty which they had hitherto enjoyed was at an end; for an absolute Ruler had been appointed them, and to His authority all must pay homage.

Such were the subtle deceptions that through the wiles of Lucifer were fast obtaining in the heavenly courts.

There had been no change in the position or authority of Christ. Lucifer's envy and misrepresentation and his claims to equality with Christ had made necessary a statement of the true position of the Son of God; but this had been the same from the beginning. Many of the angels were, however, blinded by Lucifer’s deception.

Taking advantage of the loving, loyal trust reposed in him by the holy beings under his command, he had so artfully instilled into their minds his own distrust and discontent that his agency was not discerned.   Lucifer had presented the purposes of God in a false light -- misconstruing and distorting them to excite dissent and dissatisfaction.

He cunningly drew his hearers on to give utterance to their feelings; then these expressions were repeated by him when it would serve his purpose, as evidence that the angels were not fully in harmony with the government of God. While claiming for himself perfect loyalty to God, he urged that changes in the order and laws of heaven were necessary for the stability of the divine government.

Thus while working to excite opposition to the law of God and to instil his own discontent into the minds of the angels under him, he was ostensibly seeking to remove dissatisfaction and to reconcile disaffected angels to the order of heaven. While secretly fomenting discord and rebellion, he with consummate craft caused it to appear as his sole purpose to promote loyalty and to preserve harmony and peace. The spirit of dissatisfaction thus kindled was doing its baleful work.

While there was no open outbreak, division of feeling imperceptibly grew up among the angels. There were some who looked with favour upon Lucifer's insinuations against the government of God. Although they had heretofore been in perfect harmony with the order which God had established, they were now discontented and unhappy because they could not penetrate His unsearchable counsels; they were dissatisfied with His purpose in exalting Christ. These stood ready to second Lucifer's demand for equal authority with the Son of God.

But angels who were loyal and true maintained the wisdom and justice of the divine decree and endeavoured to reconcile this disaffected being to the will of God. Christ was the Son of God; He had been one with Him before the angels were called into existence. He had ever stood at the right hand of the Father; His supremacy, so full of blessing to all who came under its benignant control, had not heretofore been questioned. The harmony of heaven had never been interrupted; wherefore should there now be discord?

The loyal angels could see only terrible consequences from this dissension, and with earnest entreaty they counselled the disaffected ones to renounce their purpose and prove themselves loyal to God by fidelity to His government.

In great mercy, according to His divine character, God bore long with Lucifer. The spirit of discontent and disaffection had never before been known in heaven. It was a new element, strange, mysterious, and unaccountable. Lucifer himself had not at first been acquainted with the real nature of his feelings; for a time he had feared to express the workings and imaginings of his mind; yet he did not dismiss them. He did not see whither he was drifting.

But such efforts as infinite love and wisdom only could devise, were made to convince him of his error.   His disaffection was proved to be without cause, and he was made to see what would be the result of persisting in revolt.

Lucifer was convinced that he was in the wrong. He saw that “the Lord is righteous in all His ways, and holy in all His works” (Psalm 145:17); that the divine statutes are just, and that he ought to acknowledge them as such before all heaven.

Had he done this, he might have saved himself and many angels.  He had not at that time fully cast off his allegiance to God. Though he had left his position as covering cherub, yet if he had been willing to return to God, acknowledging the Creator's wisdom, and satisfied to fill the place appointed him in God's great plan, he would have been reinstated in his office. 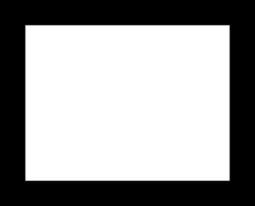 The Conflict of Two Heavenly Sons