If you would like to read of the suffering of Jesus, Go to -- The Sacrifice

The time had come for a final decision; he must fully yield to the divine sovereignty or place himself in open rebellion. He nearly reached the decision to return, but pride forbade him. It was too great a sacrifice for one who had been so highly honoured to confess that he had been in error, that his imaginings were false, and to yield to the authority which he had been working to prove unjust.

A compassionate Creator, in yearning pity for Lucifer and his followers, was seeking to draw them back from the abyss of ruin into which they were about to plunge.

But His mercy was misinterpreted. Lucifer pointed to the long-suffering of God as an evidence of his own superiority, an indication that the King of the universe would yet accede to his terms. If the angels would stand firmly with him, he declared, they could yet gain all that they desired. He persistently defended his own course, and fully committed himself to the great controversy against his Maker.

Thus it was that Lucifer, “the light bearer”, the sharer of God's glory, the attendant of His throne, by transgression became Satan, “the adversary” of God and holy beings and the destroyer of those whom Heaven had committed to his guidance and guardianship.

Rejecting with disdain the arguments and entreaties of the loyal angels, he denounced them as deluded slaves. The preference shown to Christ he declared an act of injustice both to himself and to the entire heavenly host, and announced that he would no longer submit to this invasion of his rights and theirs.

He would never again acknowledge the supremacy of Christ.

“And there was war in heaven; Michael (God’s begotten Son) and his angels fought against the dragon (God’s created son under symbol of his character); and the dragon fought and his angels and prevailed not; neither was their place found any more in heaven.” Revelation 12:7.8.

Satan's rebellion was to be a lesson to the universe through all coming ages -- a perpetual testimony to the nature of sin and its terrible results.

The working out of Satan's rule, its effects upon both men and angels, would show what must be the fruit of setting aside the divine authority. It would testify that with the existence of God's government is bound up the well-being of all the creatures He has made.

Thus the history of this terrible experiment of rebellion was to be a perpetual safeguard to all holy beings, to prevent them from being deceived as to the nature of transgression, to save them from committing sin, and suffering its penalty.

The Conflict of Two Heavenly Sons 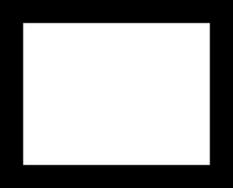 Taken from the book --

The length of paragraphs have been shortened, paragraph headings added, as well as one text, but no changes have been made to the text.