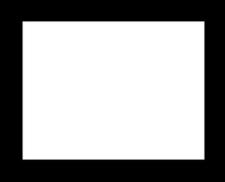 The Conflict of two Heavenly Sons

The history of the great conflict between good and evil, from the time it first began in heaven to the final overthrow of rebellion and the total eradication of sin, is also a demonstration of God's unchanging love.

The Sovereign of the universe was not alone in His work of beneficence. He had an associate -- a co-worker who could appreciate His purposes, and could share His joy in giving happiness to created beings.

Christ, the Word, the only begotten of God, was one with the eternal Father -- one in nature, in character, in purpose -- the only being that could enter into all the counsels and purposes of God. “His name shall be called Wonderful, Counsellor, The mighty God, The everlasting Father, The Prince of Peace.” Isaiah 9:6. His “goings forth have been from of old, from everlasting.” Micah 5:2.

And the Son of God declares concerning Himself: “The Lord possessed Me in the beginning of His way, before His works of old. I was set up from everlasting. . . . When He appointed the foundations of the earth: then I was by Him, as one brought up with Him: and I was daily His delight, rejoicing always before Him.”   Proverbs 8:22-30.

The Father wrought by His Son in the creation of all heavenly beings. “By Him were all things created… whether they be thrones, or dominions, or principalities, or powers: all things were created by Him, and for Him.”   Colossians 1:16.

Angels are God's ministers, radiant with the light ever flowing from His presence and speeding on rapid wing to execute His will. But the Son, the anointed of God, the “express image of His person”, “the brightness of His glory”, “upholding all things by the word of His power”, holds supremacy over them all. Hebrews 1:3.

“A glorious high throne from the beginning”, was the place of His sanctuary (Jeremiah 17:12); “a sceptre of righteousness”, the sceptre of His kingdom. Hebrews 1:8.  “Honor and majesty are before Him: strength and beauty are in His sanctuary.” Psalm 96:6.   Mercy and truth go before His face. Psalm 89:14.

The law of love being the foundation of the government of God, the happiness of all intelligent beings depends upon their perfect accord with its great principles of righteousness. God desires from all His creatures the service of love -- service that springs from an appreciation of His character. He takes no pleasure in a forced obedience; and to all He grants freedom of will, that they may render Him voluntary service.

So long as all created beings acknowledged the allegiance of love, there was perfect harmony throughout the universe of God. It was the joy of the heavenly host to fulfil the purpose of their Creator. They delighted in reflecting His glory and showing forth His praise. And while love to God was supreme, love for one another was confiding and unselfish. There was no note of discord to mar the celestial harmonies.

But a change came over this happy state.