To understand why Jesus had to die, we must go back to the beginning.

Adam and Eve were created with perfection of body and character.  The Law of God was written upon their hearts and they delighted to do His will.   If they had never disobeyed God’s command of not eating from the tree of knowledge of good and evil, you and I would never have known suffering or death.   We would be still in the Garden of Eden, an Edenic bliss covering the whole earth.

The sad fact is that Adam and Eve did sin.    Eve sinned first, deceived by the devil, but Adam sinned with a full knowledge of what he was doing.  “Adam was not deceived, but the woman being deceived was in the transgression.”   1 Timothy 2:14.

As a result of not obeying God’s one command in the garden, all the laws of God were broken, for “whosoever shall keep the whole law, and yet offend in one point, he is guilty of all.” James 2:10.

Eve’s desire for the fruit was breaking the tenth commandment -- coveting something that belonged to God. Thus they ate stolen fruit and dishonoured their Father, breaking both the eighth and fifth commandments.

As soon as our first parents sinned, the Spirit of God left them and the law was no longer written on their hearts.  As a result, they died spiritually and could not enter God’s kingdom.

God gave them a second chance by allowing them more physical time.

The children of Adam and Eve, and their children, right down to us today have been born without the Spirit of God.   As a result, none of us are able to keep God’s Law.   We are all sinners.   “As it is written, is none righteous, no, not one…. They are all gone out of the way, they are together become unprofitable;  there is none that doeth good, no, not one.” Romans 3:10.11.

“Now we know that what things soever the law saith, it saith to them who are under the law:  that every mouth may be stopped, and all the world may become guilty before God.” Romans 3:19.

This is our hopeless condition.

It is not only that we break the law in thought, word, and deed, but we are born sinners.  We are sinners by nature.

“Wherefore, as by one man sin entered into the world, and death by sin;  and so death passed upon all men, for that all have sinned…  For if by one man’s offence death reigned by one…  Therefore as by the offence of one judgment came upon all men to condemnation…  For as by one man’s disobedience many were made sinners…”  Romans 5:12.17.18.19.

This left us in a predicament.   God required absolute obedience to His Law,  and human beings are incapable of performing it.

Paul cried out, “O wretched man that I am!  Who shall deliver me from the body of this death?”

He answered his own question by saying, “I thank God through Jesus Christ our Lord.”  Romans 7:24.25.

Yes, God provided the only remedy in His Son.

“For what the law could not do, in that it was weak through the flesh (that is, our flesh), God sending his own Son in the likeness of sinful flesh, and for sin, condemned sin in the flesh (that is, Jesus kept the law in His flesh):  that the righteousness of the law might be fulfilled in us, who walk not after the flesh, but after the Spirit.”  Romans 8:3.4.

This means that Jesus, coming in our sinful flesh kept the Law perfectly.   When we accept Him as the second Head of the human race, His righteousness is credited to us.   He gives us His Spirit and writes the Law of God on our hearts, then we are able to keep it in His strength.   But we must maintain our connection with Him through prayer, study of the Word, continual surrender, and sharing with others.   This is walking in the Spirit.

Because we are sinners by nature, nothing we do is righteous. Even our good works are sinful.   “We are all as an unclean thing, and all our righteousnesses are as filthy rags….”  Isaiah 64:6.

We are sinners to the core.   “The heart is deceitful above all things, and desperately wicked:  who can know it?”  Jeremiah 17:9.

This means that even when we have surrendered and are obeying the Law to the best of our ability, it still does not meet the requirements of heaven. Jesus solves the problem by crediting His righteousness to us.   In this way, our salvation is totally from Christ and not ourselves.

We have a part to play of course, but it doesn’t add to anything to what Christ has done and is doing for us, every moment of each day.   All the glory goes to Him.

If salvation came by keeping the Law, we could take the glory. “For by grace are ye saved through faith;  and that not of yourselves:  it is the gift of God:  not of works, lest any man should boast.”  Ephesians 2:8.9.

“If the inheritance be of the law, it is no more of promise:  but God gave it to Abraham by promise.”  Galatians 3:18.

Why is Abraham spoken about on this subject?

Because Abraham is an example of a man who lived by faith. He was promised a son through his wife Sarah, and although he tried to help God along the way by marrying Hagar, he never doubted God's promise would be fulfilled.   “Abraham believed God, and it was counted unto him for righteousness.”  Romans 4:3.

“For the promise, that he should be the heir of the world, was not to Abraham, or to his seed, through the law, but through the righteousness of faith.   For if they which are of the law by heirs, faith is made void, and the promise made of none effect. Therefore it is of faith, that it might be by grace;  to the end the promise might be sure to all the seed;  not to that only which is of the law, but to that also which is of the faith of Abraham; who is the father of us all.”   Romans 4:16.

Even faith is a gift;  it is not something we manufacture ourselves.

“So then they which be of faith are blessed with faithful Abraham.”  Galatians 3:9.

So why did Jesus die?

He took the death penalty you and I deserve for our sins.    If we do not accept His sacrifice, we must pay the penalty ourselves.    This is not the death we all die, but the second death at the end of the world.

Wherever there is a law, there must be a judgment and a penalty.

In the very beginning, God made a law, “Of the tree of knowledge of good and evil thou shalt not eat of it:  for in the day that thou eatest thereof thou shalt surely die.”   Genesis 2:17.

This is legal.  God had a right to make a law as He is the Creator.  If those He created broken the law, His justice demanded a punishment.

The punishment is death – total -- physical and spiritual.  It will take place at the end of the world.  There will be a judgment, then the verdict, then the execution of the verdict.

When Adam and Eve broke God's command, they were not punished with eternal death, but they suffered the consequences.

If you are surrendered to Jesus, He will stand for you in the judgment.  His  evidence will be His shed blood, shown by the nail prints on His hands and His feet.

The verdict will be – LIFE ETERNAL.

If you are not surrendered, Jesus cannot stand for you.

The verdict will be given – DEATH.

“For God so loved the world, that He gave His only-begotten Son, that whosoever believeth on Him should not perish, but have everlasting life.”   John 3:16.

Will you believe on Him and surrender? 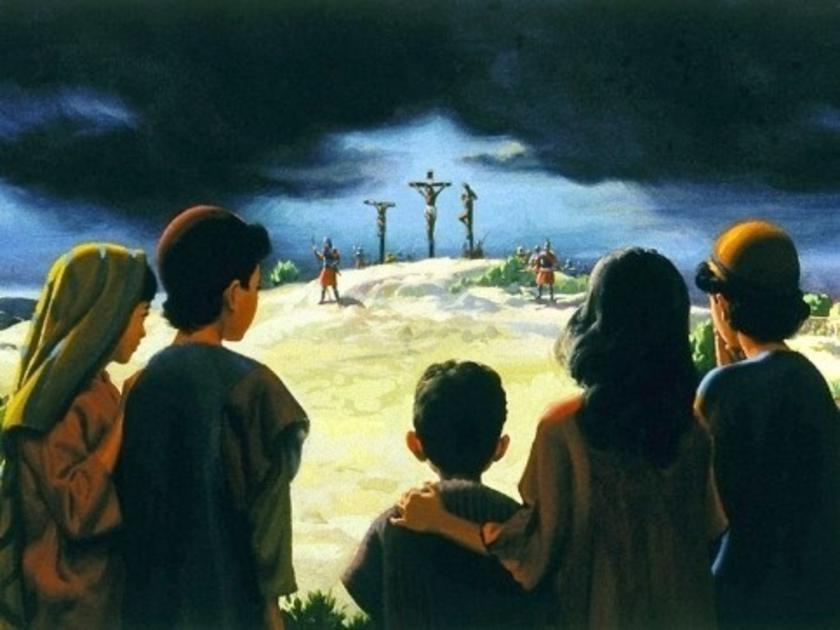 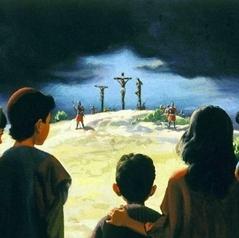