“All the world’s a stage,

and the men and women

How can a God of love had let the world get into such a mess?

Christians tell me it is not God’s fault.   It all began with a perfect angel called Lucifer.   He was a majestic, beautiful creature, next to God Himself and over all the angelic host of heaven.   Because of his beauty, his heart was lifted up and he coveted God’s Throne.  Pride and jealous became his downfall.

Well, if I was God, I would have destroyed Satan as soon as he sinned.

I suppose I would have to decide when he first sinned.  Was it at the first admiring look at himself, or when he openly rebelled?   If I had destroyed him after he had only thought of his beauty, I would have been looked upon by the rest of heaven as an evil God, for I alone could see the heart.

So, I would have to wait until Lucifer displayed his pride in jealousy of my position.  To be fair to him, I would listen to his complaints and point out that he was a created being, and I his God.   Only by co-operation with Divine government could he be happy, because the laws were made for universal benefit.

If he challenged my authority, I would have to destroy him.  But then, maybe doubts would arise in the minds of the other beings.  They would see my judgment as a display of arbitrary power, over something they probably would not understand.  That would seem unfair.

I would have to call a combined meeting of all heaven and let Lucifer state his case publicly.   I would not want him to be ignorant of the outcome of his thinking, so I would speak of the suffering, sorrow, and death that would follow.   Of course, as this had never arisen before, no one would understand these words.   I would have to speak in the strongest terms of the curse that would result.

Then I would have two choices – destroy or demand.

I could insist Lucifer change his ways, even enforce it by my power.  But no, Lucifer would never be really happy – he would become a robot.  I would want my angelic children to love me and love never forces.  If they did not have freedom of choice, they could not sin, but neither could they love.

I would have to destroy him.   There would be no other way.

To be fair, I would have to make the choice open to all.

I would let each angel decide for himself which course he would follow.  Those who remained loyal would continue to sing heavenly anthems.  The rebellious would instantly be blotted out.

But could the courts of heaven ring with pure love as they had before, or would there be an element of fear?  Fear could breed doubt and doubts could grow into open rebellion.   The whole government of the universe would be at stake.   Unless this first challenge to my Supreme Rulership was dealt with justly, there would be anarchy.   I would have to make the right decision.

It would not be easy.   Every creature would have been told of the consequences of going against divine law.  They would be told that this is not to hold power over my creatures, but that all the universe is run according to law.  Even the unintelligent suns, moons and stars have their appointed course.  Deviation would cause ruin.   So it is with the laws governing those I had created in my image.  The natural result of disobedience is death.

I could not change the law.  That would mean changing my whole character.   That is impossible.  My Word would not be worth very much if I changed the law to pardon sin.   How many times would I have to change it during the course of eternity?   I would be accommodating every evil imaginable and in fact, I would be subject to my subjects.  No, as Head over the universe, I would have to stand by My Word.

As Lucifer’s position in heaven was next to my Throne – the highest angel, all heaven would have looked up to him.  Lucifer would be mature enough to make his own decision, but all those who did not taste of evil would have to be allowed to see that their faith in Me was justified.

There would only be one way, I would have to allow Lucifer to live, and let the seeds of rebellion bear their natural fruit.   He, and his followers, would have to leave heaven.

News of the banishment from heaven would soon travel to all parts of the universe, where my other children live on sinless worlds.  So, I would have to make sure all those I created were aware of the great deception.  They would have to be warned of Satan’s subtleties, for their allegiance would be tested also.

Should any follow the evil one, they would dwell together, and there the Satanic government would be demonstrated.  The quarantined planet would become a spectacle to the universe.  There the greatest drama of the ages would be carried out  -- the controversy between God and Satan.

I would be on trial.  My Name would have to be vindicated --- if I were God.

I am mortal, made of the dust upon which I walk.   I am the created.   Into this world of disease and suffering, I came a sinner.  I am part of this great controversy.

So my friend, are you. 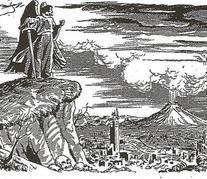 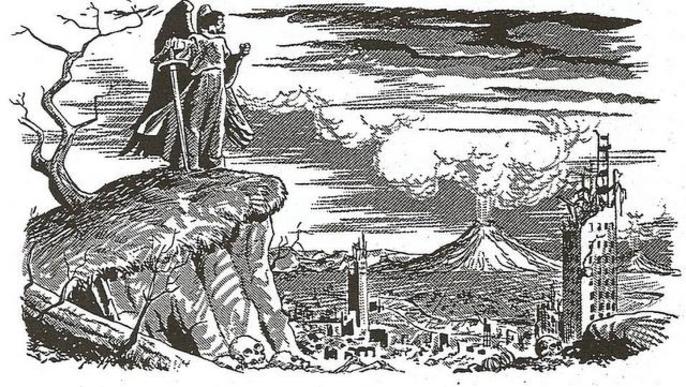 Wait till next Christmas